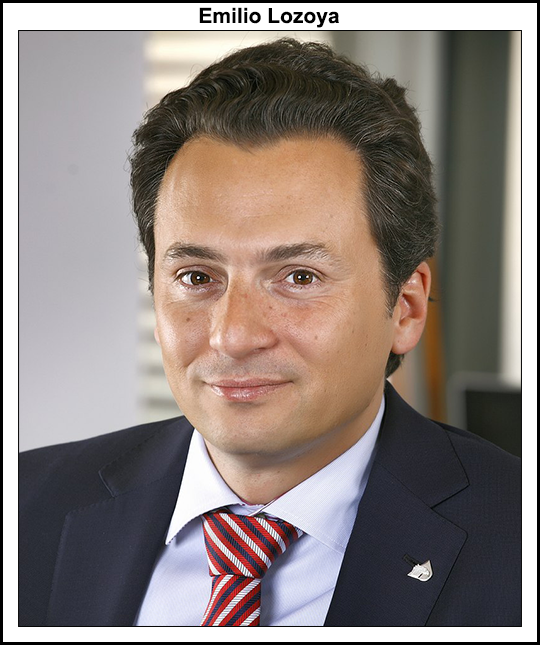 Liquids hydrocarbons production at Petróleos Mexicanos (Pemex) in the second quarter was 1.693 million b/d, a level equivalent to a little more than half of the production achieved in the first year of the Felipe Calderón government in 2006. It is equivalent to about two-thirds of what was produced when Emilio Lozoya took over as head of the largest company in Mexico in 2012. In the narrative that the current administration insists on transmitting, Mexico’s production is up about 50,000 b/d since a record low in January 2019. But production isn’t rising with any kind of speed. Even in an optimistic scenario, at the end of the year the contributions from fields such as Ixachi, Chejekbal, Mulach and Tlacame will barely add an additional 95,000 b/d, a volume similar to the reduction quota assigned to Mexico in the agreement with the Organization of the Petroleum Exporting Countries and its allies.

The times at Pemex are not, under any metric, good. Regardless of the price of the Mexican mix, Pemex was always a source of revenue that underpinned government finances. Today, however, the financial fortune of the company lies in the treasury and the lengths to which the López Obrador government will go to save it. While the government blasts the corrupt practices of past management at Pemex and disqualifies the energy reform as a way to validate the problems facing the company, there are few indicators to show that policy is working, and certainly it is true that the overall investment environment is worsening.

The government and Pemex management do not miss an opportunity to emphasize that almost six years after the energy reform, Pemex is the company that contributes almost all of the production in the country. Because private sector companies are only producing 18,000 b/d, the government considers the energy reform a failure. They conclude that nothing good could have come from a set of changes to the constitution and laws during the previous administration, because the Enrique Peña Nieto government was corrupt. And what better way to prove this than through the alleged confessions of the former director of Pemex, Emilio Lozoya.

For a government getting hammered by the coronavirus pandemic and in the throes of its worst ever recession, Lozoya’s apprehension in Spain and his extradition to Mexico have gained media headlines and the outsized attention of the government. Among the accusations against him are the receipt of bribes paid to him by Brazilian giant Odebrecht SA, and the purchase by Pemex under his helm of a failing fertilizer company without economic justification and a price premium out of all proportion. Since his return to Mexico earlier in July, all we’ve heard is gossip, and nothing of the due judicial process that he must now face.

With or without Lozoya, Pemex continues to post disastrous results. In the second quarter, losses were 44 billion pesos ($2 billion), which would be understandable given the second quarter hammered all oil companies everywhere. However, in the first quarter, the company lost $23 billion, its worst-ever loss. Pemex has now posted seven straight quarters of losses, but management remains almost unchanged, even as it is very easy to see that the number of issues that deserve better strategic direction within the company are multiple.

With crude prices falling, extraction costs went from $7.80/bbl in 2016 to $14.10/bbl in 2019. This suggests that the company should not be obsessed with increasing production — the government said it will add 1 million b/d to production by 2024 — but rather should only increase production in fields that are profitable. In a volatile market, Pemex estimated that its investment will actually grow by 60% this year.

Pemex management tries to spin the narrative that it is an important part of gross domestic product and that it has been able to to pay suppliers during the downturn. The facts suggest that numerous companies have been unable to collect payment for the services they have provided to Pemex for months.

Pemex does not behave like a public company with a mandate to maximize its economic value. Instead, in the vision of the nationalist government of López Obrador, Pemex is a lever for national development. So it does not matter that its current CEO does not have previous experience in the energy sector, nor that he lacks a background in senior company management. What’s more important is his political affinity with the president.

Of course, the same criticisms are applicable to the previous government. Lozoya also did not come from within the industry, and he was close to President Peña Nieto. Although because of his training as an economist, he held management positions in financial institutions and international organizations, and the weight of his background cannot be denied. His father, Emilio Lozoya Thalmann, was Energy Secretary during the government of Carlos Salinas de Gortari and a renowned member of the Institutional Revolutionary Party (PRI).

In Pemex’s history, there are few directors with training or a career vocation within the oil industry. CEOs have tended to be from the political arena. Still, a technical staff with financial and managerial skills over the years was formed with a talent retention policy based on wages and generous benefits that exceeded the parameters of most companies in Mexico. This bureaucratic body from Mexico City provided adequate direction to the planning and operation in the fields and various arms of the company. They were specialized engineers in charge of plants, financiers in charge of balancing the results of a company squeezed by the Ministry of Finance, well-trained traders to carry out transactions in international markets, lawyers capable of establishing contracts and adequately defend it against regulators and litigation, and so on. In essence, a bureaucratic apparatus was built that despite its size and the power of the union managed to perform. That complex, but purposefully organized structure, has been dismantled little by little since December 2018.

The reduction of wages and benefits, the systematic accusations of corruption within the company, the neglect of essential basic services in the facilities, and the latent threat of being the subject of unjustified dismissals have undermined the administrative capacity of Pemex. The voluntary or forced departure of a relevant fraction of personnel has not meant an improvement in performance or a disappearance of corruption. The vacancies are being filled with trusted personnel from the new team in charge of the company. In an environment in which greater staff specialization is required to overcome the risks faced by the industry, today it can be said that the workforce of the largest oil companies in the world is the least prepared to avoid risks and make a change in its financial and operating trends.

The Lozoya case will do little to make a change in the way Pemex is run. For example, Jorge Díaz Serrano, one of the former directors of Pemex, was jailed on charges of fraud. That did not stop the misuse of company resources. If Lozoya committed a crime, he should be tried according to the law and his actions should not serve as a pretext to the dismantling of the landmark energy reform. It is more relevant that the government pay attention to generating economic value from Pemex. Protecting market power and promoting the elimination of competition will only aggravate the financial debacle facing Mexico, dragging down the economy as a whole. Today more than ever, the company of “all Mexicans” needs to understand the fundamentals underpinning the global oil industry and act accordingly. A turnaround is not impossible. Thanks to the energy reform, Pemex can focus on where it is strong, and leave behind business lines where it is uncompetitive. Economic profitability is still possible if politics is removed from the equation.