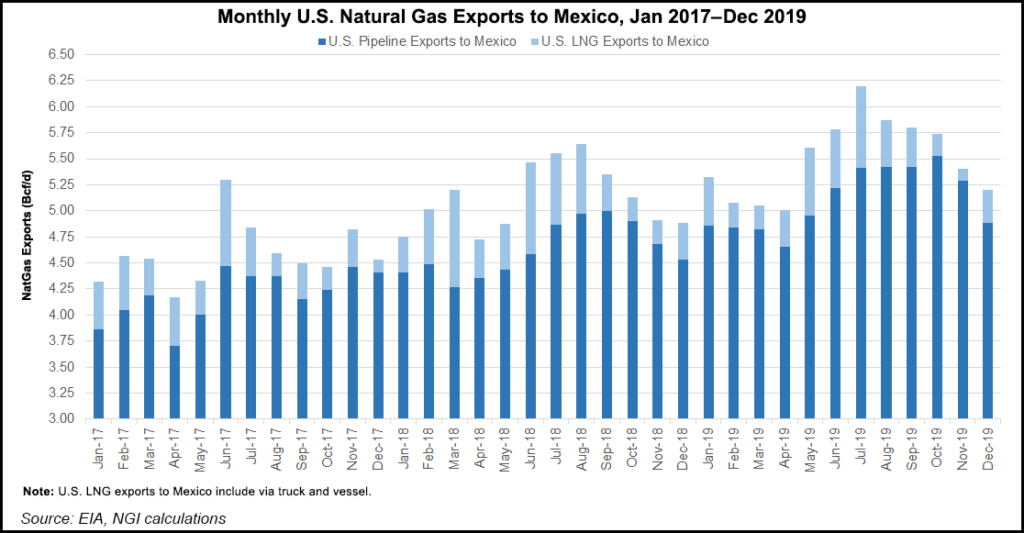 On March 27, energy regulator Comisión Reguladora de Energía (CRE) issued its technical opinion regarding the five-year expansion plan of the Sistrangas natural gas system for the 2020-2024 period. In general terms, its opinion was not favorable. The formal implications of this negative outlook are relevant for those who have been waiting on the Mexican government to announce new projects in the energy sector.

The CRE decision occured amidst the paralysis of activities caused by the Covid-19 pandemic, and at a time when economic expectations for 2020 in Mexico are simply awful. As such, no one has really paid attention to it, even though it might be the most decisive moment as it pertains to the government’s plans for the gas sector through 2024.

The Sur de Texas-Tuxpan line, the lines that make up the Wahalajara system, the Nueva Era gas pipeline owned by Howard Energy and the system that will extend from Tuxpan to Tula were all part of the same plan, but in its 2015-2019 version. All these projects are key parts of the natural gas system. For the Energy Secretariat (Sener) of the previous government, the five-year plan was a key part of its policy, along with others such as market liberalization and storage.

One of the central intentions of the five-year plan scheme was to reinforce Mexico’s capacity to import from the United States, improving connectivity with power plants running on natural gas. Despite its limitations in operational details and its marked predilection for promoting state power company Comisión Federal de Electricidad (CFE) as the great champion of the energy sector, it’s undeniable that the plan excited investors and this translated into an expansion of import capacity which now reaches 14 Bcf/d on an open access transport network that covers almost 15,000 kilometers. The contrast with the treatment being given to the 2020-2024 plan is discouraging. Apparently, the only energy project that matters today is the Dos Bocas refinery.

The adverse decision by the CRE also denotes a lack of coordination between Cenagas, SENER and the regulator. By law, the plan is a document that Sener issues, Cenagas prepares and CRE approves or denies. Cenagas is not subject to CRE in a regulated entity role. Even in the drafting of the law, the CRE has the obligation to technically assist in the preparation of the plan. Furthermore, CRE’s opinion is not binding. Even in an environment of distancing between institutions, if Sener wanted it, it could well publish what Cenagas prepared and ignore the CRE’s recommendations. But the desirable case is that the elaboration of the plan occurs in a framework of coordinated work and discussions.

One of the central arguments of the CRE is the lack of cost-benefit studies for the projects. However, almost six years have passed since the new legal framework was issued, and the CRE has not yet issued any guidelines on how such studies should be detailed. CRE has said nothing about what it means exactly by “systemic benefit,” about how to measure improvements in security, continuity, reliability, quality, redundancy and efficiency, and further what it considers to be an adequate cost allocation for projects. CRE now says that for future plans it will be in charge of developing quantitative criteria itself.

The list of projects presented by Cenagas emanates from the vision that it has defined through the daily operation of the pipeline system, one that agents outside this operation do not necessarily manage to fully understand. The inclusion of various headers that may give rise to hubs, for example, which in the Cenagas approach would be carried out with private developers, is a key part of this.

The plan also includes storage with two specific proposals, a couple of compression stations complementary to Cempoala, the expansion of the Montegrande interconnection, virtual pipelines and a pipeline on the Isthmus of Tehuantepec. Undoubtedly, the most important issue for the configuration of the market has to do with the expansion of Cenagas activities to include the gas network outside the current Sistrangas. But CRE has stated that this does not lie within its scope of analysis of the five-year plan.

The Las Adelitas Hub in the Argüelles and Reynosa area, to be built adjacent to the El Caracol compression station, would cost approximately $200 million. Its purpose is to improve the gas exchanges through the Energy Transfer, Kinder Morgan Border, and Tennessee systems, reinforce Tetco’s international interconnection and improve connectivity with the Net Mexico Pipeline. Cenagas aims for this point to be used as a reference for transactions in the Mexican territory and to promote the creation of a Mexican indexed price.

Another project, also in the north, would create a Monterrey Hub. This project would lead to an operational improvement in the interconnection of Sistrangas with the Kinder Morgan Mier-Monterrey system. With a modest investment, imports through this pipeline could increase to 320 MMcf/d by improving the measurement system at the Huinalá station and pressure conditions on the 22-inch and 24-inch lines of the system operated by Cenagas. The benefits in continuity of supply, redundancy and flexibility of this project do not require a very sophisticated quantitative method to be demonstrated.

By improving the flow to natural gas intensive Monterrey, the consumption of the region that is served by Net Mexico Pipeline could be complemented by Kinder Morgan and thus there would be greater availability of flow to the Ramones phase II system that directs gas to the center of the country. This project could be more comprehensive and serve to define prices if the Nueva Era gas pipeline also decides to participate.

The third possible hub in the north of the country is the so-called Francisco I. Madero point adjacent to the Chávez compression station in the area around Torreón. With this infrastructure, the management of gas confluences from Gloria a Dios on the border with El Paso, León Guzmán at the interconnection of Sistrangas with the Wahalajara system and the increase in gas from Santa Catarina, the continuity of gas service would improve throughout the northern corridor and would allow users in the area to have access to Waha gas, improving price conditions. The investment required for this project is no greater than $40 million. It should not be difficult to calculate the benefits of the project and verify that they are most likely greater than the reported cost.

Much has been written in recent years about natural gas storage in Mexico. In the previous administration, public policy regarding storage was drawn up. This has not been canceled by the current staff at Sener, but it has not been validated either. Cenagas planned the Shalapa salt caves project, very close to Coatzacoalcos, along with a storage tank at the Altamira storage terminal. This would cost between $300 and $500 million depending on the number of integrated salt caves, but would allow the country to have a storage capacity of between 6 and 20 Bcf. In a country with a consumption of almost 7 Bcf/d, this project is just a timid effort to improve energy security. But the project location would undoubtedly help underpin supply reliability in the area that is most vulnerable today, the Southeast and Yucatan.

The tender for the Jaf field to store 10 Bcf of working gas is also part of the plan. Cenagas proposed that Jaf be part of Sistrangas and that it be developed by a private company assigned through a competitive process.

Regarding Altamira liquefied natural gas (LNG), the occasions in which the Mexican gas system has resorted to this facility to maintain balance are innumerable. For several years the complementary supply of LNG was daily and its cost was part of the rates of the National Gas Pipeline System administered by Pemex. As I have written before, the most important critical point for Mexico’s energy security is the NET and Valley Crossing headers in the Nueces, Texas area. If there is a problem in this area, the only available gas option for Mexico is Altamira. If its integration represents an additional cost, it should be seen as insurance. The regulatory discussion in this regard should be how this premium is paid and how risks are assigned. The risk does not cease to exist simply because you do not want to assume the cost of its mitigation.

The fact that there is no approved plan at this time of economic distress is not encouraging. The discussion of projects will be postponed until 2021 when the national agenda will be focused on the mid-term elections, and almost all decisions will come with political interpretations. It seems that the propitious moment to relaunch the gas sector with a list of projects has been lost. President López Obrador may not be aware of what the five-year plan is and its relevance, but it is likely that for the sake of expressing loyalty to him, the CRE commissioners have done him a disservice in his efforts to keep the national economy afloat.