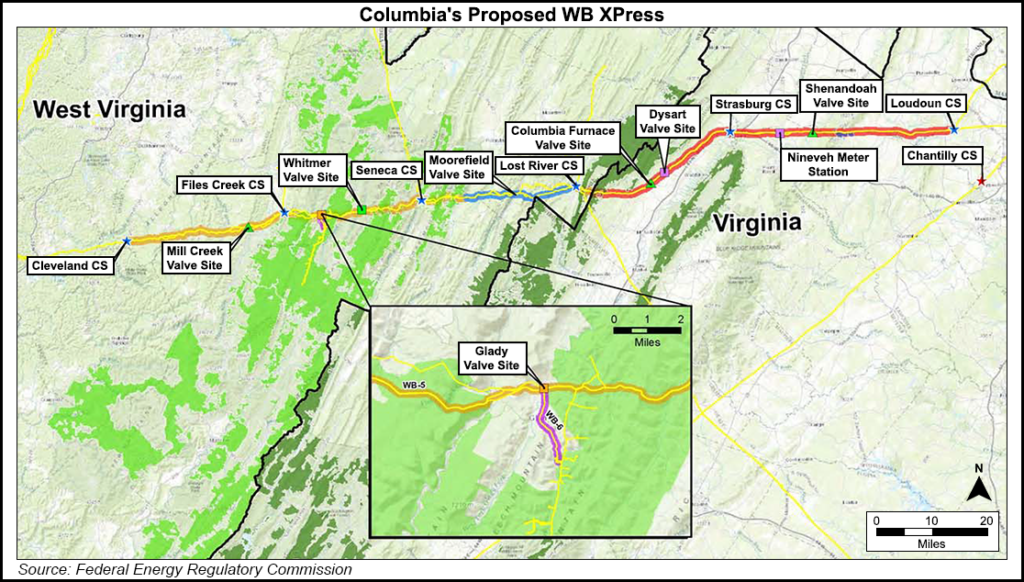 The project would include construction of 26.2 miles of replacement pipeline and 3.1 miles of new pipeline, with diameters varying. Most of the proposed pipeline would be collocated with existing Columbia pipelines and on or next to existing Columbia rights-of-way, according to FERC.

According to FERC, the additional capacity on Columbia’s system will allow it to increase deliveries to a local distribution company and third party interstate pipelines, opening up additional space for shale gas from West Virginia to move eastward to market.

WB XPress would cross through a little over 11 miles of the Monongahela National Forest.

The U.S. Forest Service, participating in the environmental review, concluded that the project’s “workspaces, both temporary and permanent, have been specifically routed to maximize collocation with other existing pipelines and therefore minimize disturbance of [National Forest Service] lands.”

Columbia has said it plans to begin constructing WB XPress late this year, with the project coming online in two phases in 2018.