After a lower court ruled against the oil and natural gas industry last year, the Colorado Supreme Court has agreed to examine how public health and environmental protections are weighed in decisions by state energy regulators. 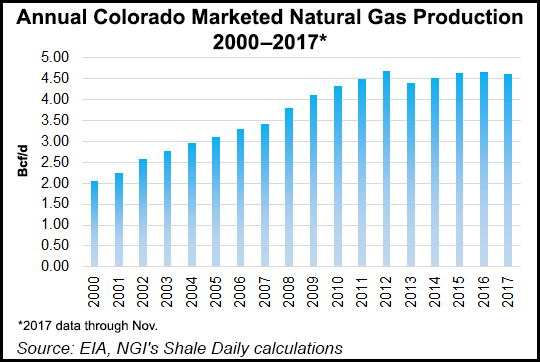 A three-judge panel of the Colorado Court of Appeals last March ruled 2-1 to support an initiative by a group of Boulder teenagers opposed to high-volume hydraulic fracturing.

The young plaintiffs want a mandate that the Colorado Oil and Gas Conservation Commission (COGCC) require proof by the best available science, and confirmed by independent third parties, that drilling may be done without harming the environment.

COGCC originally denied the 2013 initiative, a decision initially upheld by a Denver district court. However, the appeals court remanded the case back to the district court, ruling the COGCC did not follow state law.

The appellate panel agreed that public health and environmental protections must be in place before the COGCC approves new energy development. The appeals court ruling had no immediate impact on Colorado’s regulatory approach.

The Colorado Oil and Gas Conservation Act directs the COGCC to “balance a variety of development interests, including the environment,” Haley said.

“The COGCC, which voted unanimously to appeal to the Colorado Supreme Court, has employed this strict balancing act on countless occasions as evidenced by the state’s comprehensive regulations, among the most stringent in the nation.”