Colorado Gov. John Hickenlooper has ordered the state not to fight a court ruling that would require public safety, health and the environment to be protected as a precondition before allowing new oil and natural gas drilling. However, Attorney General Cynthia Coffman said she would defy the governor, appealing the case to the Colorado Supreme Court. 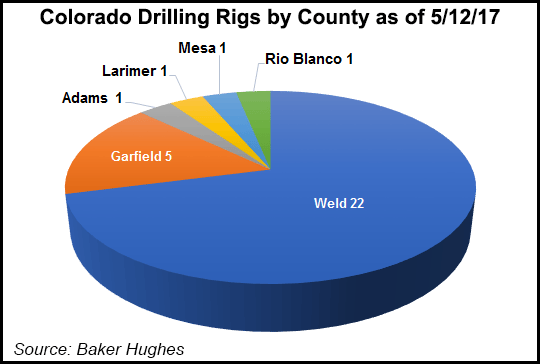 The governor, a former energy industry executive and a geologist by training, on Thursday blasted Coffman regarding the controversial case, which would basically revise the mission of the Colorado Oil and Gas Conservation Commission (COGCC).

On March 23, a three-judge panel at the Colorado Court of Appeals ruled in a 2-1 decision that public health and environmental protections clearly must be in place before any new drilling is allowed. The ruling concerns a lawsuit led by hip-hop artist Xiuhtezcatl Martinez.

Following the ruling, the COGCC voted unanimously to appeal to the Colorado Supreme Court to gain “clarity,” and Hickenlooper had until Thursday to make a decision about whether to appeal. The governor said the COGCC lacked statutory authority to challenge the court’s interpretation.

“While we understand and respect the commission’s desire for further clarity from the Supreme Court, we believe the court of appeals’ decision does not represent a significant departure from the commission’s current approach. The commission already elevates public health and environmental concerns when considering regulating oil and gas operations.”

Coffman is arguing that the governor may not prevent the COGCC from appealing. In February she sued Boulder County officials after warning its board of commissioners that it acted illegally in extending a temporary drilling ban into May.

“My office will continue to move forward with the case by seeking Supreme Court review,” Coffman said in an email response to the Denver Post. “I understand that sentiment runs high surrounding oil and gas development in our state, even more so in the wake of the tragic house explosion that claimed two lives” last month in Firestone.

The appeal “is not intended to be a statement on complex energy policy issues,” Coffman said. “Rather, it is a legal challenge to a court decision that stands to have a profound effect on regulation and administrative decisionmaking by government entities.”

The letter advised the governor “to override the COGCC vote” and not appeal. The local officials also asked that “if the court grants certiorari on the petition of industry, that you decline to further participate in the litigation.”

The political pressure came after an oil and gas well flowline in mid-April ruptured and killed two people in a residential neighborhood in Firestone. Investigators have linked the home explosion to a severed natural flowline from an Anadarko Petroleum Corp. oil and gas well, which was sited about 170 feet from the home.

The local officials said that the state’s continued challenge to the court ruling would “send the wrong signal” to citizens about the state’s commitment to safe oil/gas development.

Anadarko, the largest oil and gas producer in Colorado, on Tuesday said it was disconnecting all of the one-inch natural gas flowlines that run underground from its vertical wells in northeastern Colorado.

In their letter to Hickenlooper, the local officials said the Martinez case “held that the COGCC must make all of its oil and gas development decisions, including in rulemakings, subject to the ‘protection of public health, safety, and welfare, including protection of the environment and wildlife resources.’”

The interpretation emphasizing the primacy of public and environmental welfare would help to protect state residents in general and is critically important in light of the Firestone disaster, they told the governor.

An appellate review request for the Martinez ruling “will telegraph to the public you don’t mean what you say,” the letter said. “Specifically, it will show that oil and gas development is more important than public health and safety to your administration.”