Once considered a lynchpin for resolving the ongoing debate about local authority over oil/natural gas drilling activities, a special session of the Colorado legislature will not be called, Gov. John Hickenlooper said Wednesday, drawing comments from industry and political representatives involved in crafting a proposed bipartisan solution (see Daily GPI, June 27). 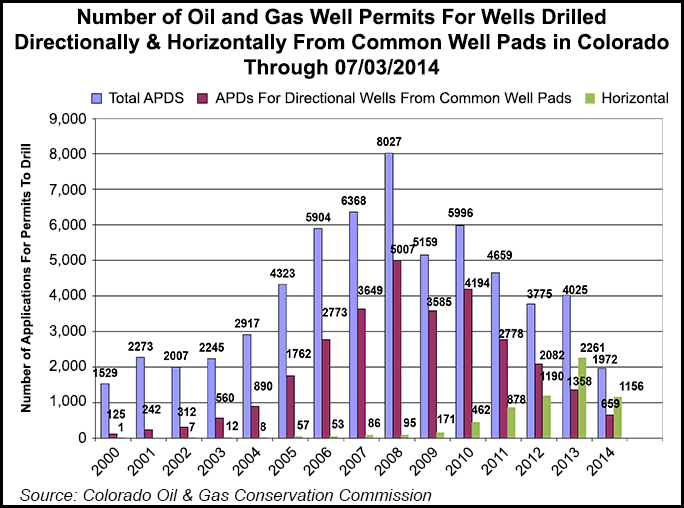 Hickenlooper admitted a bipartisan coalition approach failed to hammer out a legislative compromise that was aimed at avoiding “expensive and divisive” ballot initiatives being pushed in the state.

“Although we will not be calling a special session on oil/gas local control legislation, we will continue to work on the underlying issue, building on progress made,” said Hickenlooper, adding that throughout the past weeks and months all of the stakeholders were willing to come to the table to discuss their differences.

“Colorado has made tremendous progress through collaboration and compromise to solve many of the issues surrounding oil/gas development,” he said.

Noting that when the bipartisan effort began, everyone knew the chances of succeeding were slim, Polis said, “special interests and out-of-state organizations, worried only about politics and partisanship, turned this into a battle of personal attacks and scare tactics.” Thus, he thinks the only answer is to put the statewide measures on the ballot.

The Colorado Oil and Gas Association (COGA) and many of its most prominent members disagree with the congressman. COGA CEO Tisha Schuller urged Colorado’s “energy users to tell Congressman Polis what they think of his extreme proposals that would cripple a Colorado industry.”

She said Polis’ constitutional changes would undoubtedly hurt the economic prospects of tens of thousands of Colorado families.

At a shale energy forum in Denver Wednesday night, executives from Anadarko Petroleum Corp., Whiting Petroleum Corp. and Encana all urged the 110,000 oil/gas workers in the state and informed citizens to reject Polis’ initiatives — one of which (No. 88) would establish a 2,000-foot setback requirement and the other (No. 89) would grant local governments the ability to oversee oil/gas drilling activity in their jurisdictions.

Industry has some counter-proposals (Initiatives 121 and 137) that prohibit any local government banning drilling to be unable to receive tax revenues from the oil/gas industry and requiring future ballot measures to be required to divulge their potential fiscal impact on the state, respectively.

Anadarko’s Brad Holly, vice president for Rockies operations, said if the new setback requirement passes, it effectively will be a ban on hydraulic fracturing (fracking) in the Wattenberg play in the northern parts of the Denver Julesburg (DJ) Basin.

“We’re currently at 500-foot setbacks from occupied buildings, and going to 2,000 feet would be absolutely destructive,” Holly told participants at the BakerHostetler Shale Symposium, “Politics and Economic Reality of Shale Development in the Rockies.”

The measures, each of which needs more than 86,000 valid voter signatures by Aug. 6, still have not qualified for the November elections. Holly and the other industry executives said their companies were gearing up for a major attempt to win over voters, and COGA members collectively expect to spend $50 million between now and November fighting the two Polis-backed measures.

“For all of us that use energy, we are excited about energy independence, and are willing to take responsibility for our collective energy and environmental future,” Schuller said. “These ballot initiatives are an absurd game of roulette.”