Spring has brought out the Colorado frack fanatics on both sides of the growing hydraulic fracturing (fracking) debate as evidenced by the “Showdown of the Century” scheduled Wednesday in Boulder, CO, when pro- and anti-fracking documentaries and their writer/directors meet head-to-head (almost). 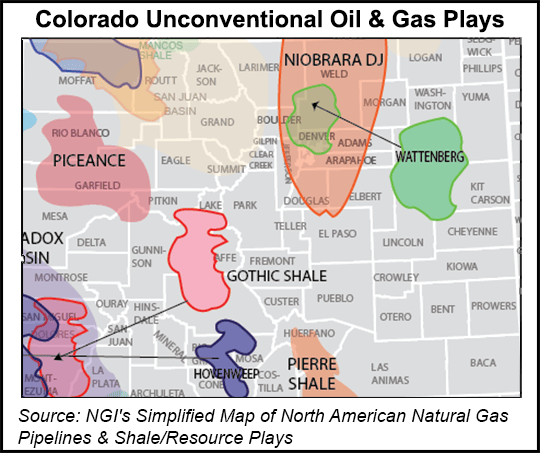 This expected spectacle follows by a week an incident in Evergreen, CO, in which a teacher and two middle school students were criticized for giving a one-sided anti-fracking presentation as part of a rap song performed for an assembly of 13-year-olds at the Evergreen Middle School. Two brothers who put on the presentation call themselves “The Earth Guardians.”

“FrackNation, ” the pro-fracking documentary will be shown at a hotel ballroom in Boulder, and “Gasland 2,” the sequel to the HBO documentary that started to shine a more general spotlight on the long-used drilling practice will be screened in another ballroom in another part of town at the same time Wednesday night.

FrackNation Writer/Director Phelim McAleer, an Irish journalist, and Josh Fox, writer/director for Gasland, will both be at the respective showings to continue the debate, which has remained active in various local communities throughout Colorado where local officials have worked to impose restrictions, if not an outright ban, on fracking (see Shale Daily, March 7).

McAleer and his pro-fracking film were invited to Boulder more recently when local groups learned that Gasland 2 was scheduled to be shown. McAleer said that the local Boulder groups were “concerned that there should be an alternative point of view in town on the night Gasland 2 was being screened.”

On Facebook, Fox announced that “from rave reviews in New York City’s most prestigious film festival, Gasland Part 2 is on the road directly for the grassroots — before its HBO premiere,” and he added that on Thursday he will conduct another screening in Colorado Springs, another city in the state that has proposed greater restrictions on fracking within its jurisdictional limits (see Shale Daily, Nov. 29, 2012).

McAleer quoted the Hollywood entertainment industry publication, Variety, as saying his film “makes a good case against” the fracking critics. Earlier this year, the New York Times also gave it a balanced review, although it noted that the documentary won’t settle the debate over whether local water supplies may be endangered by the drilling practice.

Meanwhile, at the Evergreen Middle School, some critics were labeling the anti-fracking rap presentation as “green indoctrination” by two brothers from Boulder who have made a music video of the performance for the Internet and performed the socially motivated song on the steps of the state Capitol in Denver.