The Colorado Oil and Gas Conservation Commission (COGCC) on Wednesday adopted protective wellbore integrity rules that Gov. Jared Polis called “the most protective standards in the nation in terms of protecting groundwater in the development of oil and gas.” 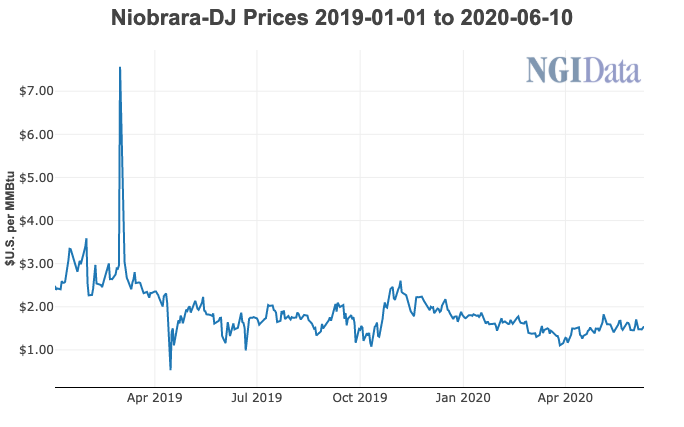 COGCC drafted the rules under the framework of state Senate Bill (SB) 181, which strengthened oversight of the energy industry and gave local governments greater authority to regulate oil and gas activity.

The standards adopted require regular “health checks” for all wells throughout the lifecycle of the well; isolating all fluids associated with the well from escaping to protect groundwater; and increasing public access/transparency to protect groundwater near homes/drinking water sources.

An environmental group and the oil and gas industry praised the rules.

The American Petroleum Institute’s (API) Lynn Granger, executive director for Colorado, said, the rulemaking “has served as a model example of stakeholders working together and having reasonable conversations, resulting in consensus on many of the issues.

“Wellbore integrity is a highly technical and complex issue, and this process benefited tremendously from the willingness of industry, staff, and nongovernmental organizations to collaboratively come to the table and craft sound rules.”

The Environmental Defense Fund’s Adam Peltz, senior attorney, called the rules the strongest in the country, “and will prevent air and water pollution while protecting the communities who live and work in the oilfield.”

Not all regulations enacted under SB 19-181 have been so universally well received, however.

Environmental groups including EDF and Healthy Air & Water Colorado are circling the wagons to defend a rulemaking adopted in December by the state’s Air Quality Control Commission (AQCC) designed to curb emissions of local pollutants and climate-warming greenhouse gases from oil and gas operations.

Several counties, including Weld County, which produces 88% of the state’s oil and 40% of its natural gas, are challenging the rule through two separate lawsuits in district court.

The West also is the focal point of a legal battle around a court order that vacated a crucial water-crossing permit for the Keystone XL crude oil pipeline, and prohibited the U.S. Army Corps of Engineers from issuing the same permit to future pipeline projects.

The rig count in the Denver-Julesburg/Niobrara basin stood at five as of June 5, unchanged from the previous week and down 82% from the similar 2019 week because of the crushing impact of Covid-19 on oil demand and prices.