Government officials have a political problem; coal has an image problem, and the U.S. economy might have multiple problems over the next 10 to 15 years as the result of the nation’s seemingly headlong rush into climate change mitigation measures that would restrict greenhouse gas (GHG) emissions from power plants, factories and motor vehicles, according to speakers Thursday at the two-day Goldman Sachs annual Power and Utility Conference in New York City.

“There has been a significant change in Washington, DC, with last November’s [congressional] elections,” said Betsy Moler, an Exelon executive vice president and former chair at the Federal Energy Regulatory Commission. “There was a real wake-up call in Congress on the importance of the issue and a real different attitude on dealing with climate change, but I don’t necessarily mean there will be a bill on the president’s desk by the end of the year, but there are lots and lots of things going on, and a lot of people are betting on whether there will be something this year or not.

“If I was to bet, I would say probably the next Congress. For now there is a lot of thinking and work and learning going on. The current president is opposed to mandatory carbon legislation, but I believe the next president, whether a Republican or a Democrat, is likely to feel it is important to do something. That will be another fundamental change. All the leading candidates have well developed, aggressive positions on carbon.”

What structure, regulations and rules emerge from a new emphasis that has made climate change a “mom-and-apple-pie” bipartisan political issue is not clear at this point, the panelists said, but there are impacts on energy prices and fuels that are sure to develop. The need to buffer the national and regional economies will be a major objective of any carbon-based legislation that eventually emerges, they said.

A cap-and-trade system is likely to be the preferred vehicle for implementing carbon-mitigation measures as opposed to a so-called “carbon tax,” the experts said.

“While there are some players in the industry who want to see a tax, they are not in the majority, and furthermore the word ‘tax’ in Washington, DC, is still a bad word,” said NRG Energy’s Dave Corneli, vice president for market/climate change policy, who substituted for NRG CEO David Crane at the Goldman Sachs conference. “The prospects for a tax are very low and for a cap-and-trade very high. The big tradeoffs that Congress and whoever is in the White House will be looking at will attempt to keep a balance between the environmental and economic impacts of any carbon legislation.

“The objective is to try to reduce carbon emissions [by 50%] quickly by mid-century without trying to decrease them so quickly early on that it causes problems for power prices, gas prices and really the whole complex economy we deal with. What is likely to emerge is a cap-and-trade system with a combination of a modest carbon reduction goal and a safety valve to protect against power prices going too high and there being too much natural gas fuel switching.”

This sort of balanced approach that would delay for at least a decade moving to more aggressive GHG emission reduction goals might get passed by Congress and signed by the president more quickly, the NRG executive said.

In states such as Pennsylvania, the Carolinas and elsewhere in which coal is a major part of the economy, the continued carbon mitigation push is bound to have significant impacts, two other speakers from utilities in Pennsylvania and North Carolina told the Goldman Sachs forum. Progress Energy CFO Peter Scott said categorically that his company’s customers in North Carolina dislike coal-fired generation much more than nuclear generation. They simply “hate coal,” he said.

“Pennsylvania being a coal state, certainly the state legislators realize that whatever happens with carbon can have, and will have, an impact on the state,” said PPL Corp. CEO Jim Miller. “My concern about this whole issue is that our legislators are going to face something more difficult than they have ever faced. The danger is that they are equating this current exercise as being the same as it was in the SO2 [sulfur dioxide-mitigation] days, so this issue of educating them becomes critical because they don’t understand that it is a whole different ball game.

“It [carbon mitigation] has gone beyond the technical issue and is now ‘motherhood-and-apple-pie.’ It’s a political and optics issue so a bill will be passed — probably in the next Congress as Betsy [Moler] has predicted. But what no one seems to grasp is that there is no technical solution for the carbon sequestrations, and you are already beginning to hear the rumblings of the real difficulty of sequestration, so what we will do in my opinion is that we will impose a cost on the utility ratepayers and the utilities will recover it in rates and the unregulated energy providers will reflect it in energy charges, and there will be no economic technology for at least the next 15 or 20 years to reduce carbon by 50%.

“Everyone will shake hands and congratulate one another and will go on as usual burning coal and the price of power will go up.”

Progress Energy’s Scott is equally skeptical, saying North Carolina citizens created a “huge uproar” against Duke Energy’s recent proposals for building two new coal-fired plants, and there is a growing distaste for the fuel that cannot be ignored, he said.

“The response to Duke’s proposal really showed how people respond to coal,” Scott said. “Our surveys show that while our customers do not like nuclear plants, they hate coal plants. I don’t know if it’s a combination of the mining disasters that happened around Christmas last year, which I don’t think we should ignore; or Al Gore’s movie, plus the evangelical movements that are making this an important part of their story.

“There is a negative perception around coal, and I don’t know what is going to happen to change that.” 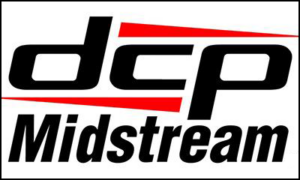