Despite a volatile year marred by the Covid-19 pandemic, CNX Resources Corp. said it finished strong, delivering on a more cautious approach implemented early in 2020 when the virus spread across the world and weighed on energy demand. 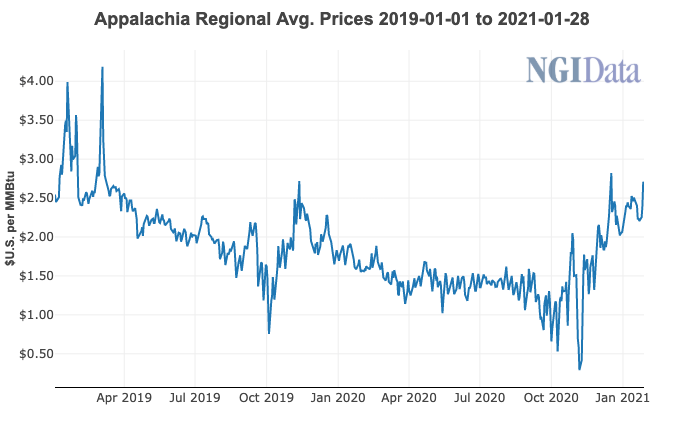 “2020 marked the most successful year we’ve seen as an” exploration and production company, “and frankly, as a public company going back to the late 1990s as measured by free cash flow (FCF),” said CEO Nick Deluliis.

As the pandemic spread rapidly prompting widespread lockdowns that jolted commodity markets, CNX laid out a more cautious approach as part of a broader seven-year plan that also called for generating $3 billion in FCF. The company generated $85 million of FCF in the fourth quarter and a record $356 million for the year.

“I think the industry is going to be facing more challenging times,” Deluliis said. “Frankly whether it’s because of forward strip pricing or just the overall sort of approach of how our industry is viewed by the capital markets.

“It’s going to get stingy here in terms of being able to make our case to secure capital. Those that can be free cash flow generators, and self fund and take advantage of the stingy capital environment, are going to be the ones that not just navigate through but thrive, and that’s certainly us.”

FCF is being used to cut debt and buy back shares. CNX reaffirmed its plans to generate $425 million of FCF this year.

The company is also relying on a shallow base decline to tap more production from less of its sizable Appalachian acreage position. Management also didn’t hesitate to curtail production last year as prices seesawed. Deluliis said the same would be true this year as management has continued to be “cautious” about the 2021 strip “for some time now.”

CNX has increased its production guidance for the year to 540-570 Bcfe, versus the previous range of 550 Bcfe. It has also increased the capital expenditures forecast from $440 million to a range of $430-470 million as the timing of spending was shifted on volatile prices. Last year’s spending came in at $487 million, or $18 million below the midpoint of guidance.

Management also acknowledged that producers in the Northeast have become more vulnerable as it’s increasingly difficult to get infrastructure projects built in Appalachia. For now, CNX is safe. COO Chad Griffith said the company has more than 90% of its exposure to basis hedged between 2021 and 2024.

“That really isolates us and protects us from some of the invasive volatility that I think you’re pointing to — and certainly that you’re seeing and some of the risk with some of these pipeline projects,” he said during a fourth quarter earnings call when asked about increasing opposition to pipeline projects in the region.