Appalachian pure-play CNX Resources Corp. has signed a 15-year deal with a California-based technology company to capture methane to manufacture a biodegradable polymer. 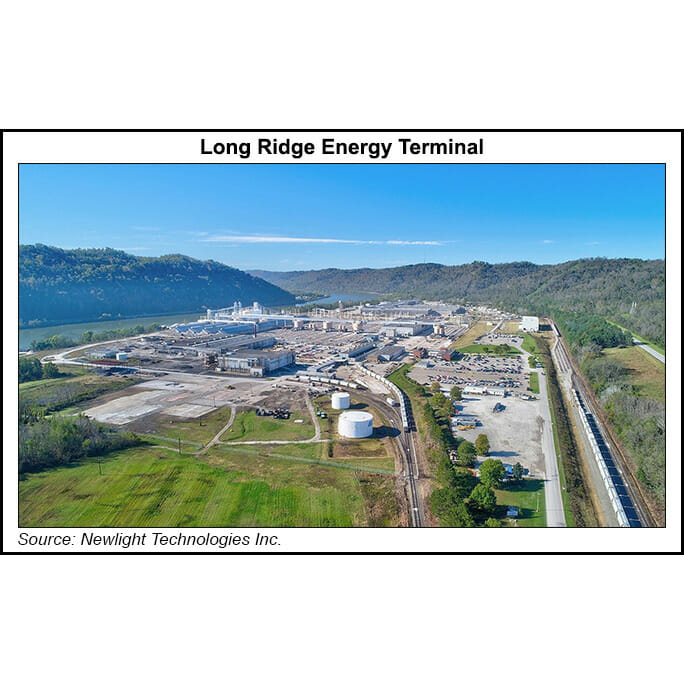 CNX, which develops unconventional natural gas and coalbed methane assets throughout the Appalachian Basin, would capture the methane from coal mines and other third-party industrial operations for Newlight Technologies Inc.

Newlight has partnered with a subsidiary of Fortress Transportation and Infrastructure Investors LLC (FTAI) to build a manufacturing facility at the Long Ridge Energy Terminal in Hannibal, OH. The facility would utilize the methane to produce what it calls Aircarbon, a naturally occurring molecule known as polyhydroxybutyrate, or PHB.

“Our goal is to abate methane emissions at world scale through the application of biological carbon capture, and this agreement takes us another step closer to that goal,” said Newlight CEO Mark Herrema.

The waste captured by CNX would typically be vented into the atmosphere. CNX would gather, process and deliver the methane through new and existing natural gas pipelines under the deal.

CNX’s Ravi Srivastava, president of new technologies, said the agreement ties into the company’s local environmental, social and governance strategy to leverage assets and technologies unique to CNX and Appalachia.

Newlight has reached a deal to lease land at the Long Ridge terminal, which is on more than 1,600 acres straddling Monroe County, OH, and Wetzel County, WV. The terminal, owned by an affiliate of FTAI, would sell power and additional gas to Newlight. FTAI is also investing in the Aircarbon production plant.

Newlight added that the feedstock that would support production at the Ohio facility is eventually expected to include methane from anaerobic digestion of food and agricultural waste, as well as carbon dioxide from energy facilities and direct air capture.

The company launched its first commercial-scale Aircarbon production facility in 2020.