China’s city-gas distributor Shenzhen Gas is planning to begin importing natural gas this week at the Yantian port in Shenzhen through subsidiary Sino-Benny. 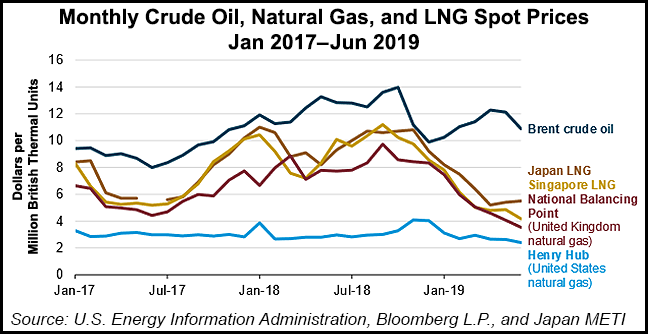 The liquefied natural gas (LNG) terminal is to have a capacity of 800,000 ton/year. Shenzhen Gas is one of two city gas distributors backed by a local government in China that owns an import facility.

Barcino Advisers’ Ricardo Barcelona, managing director of the Hong Kong unit, told NGI that third-party access to the country’s import terminals would likely accelerate, with a mix of approaches.

“This could evolve by expanding CNOOC’s auction of five-day terminal slots, to longer durations,” Barcelona said. “Joint ventures are preferred ways to access slots. As the market gains in sophistication, rules will have to evolve where slots could be traded, or pricing could be monitored, or even regulated, to minimize abuse of natural monopoly power by terminals.”

Most of China’s import terminals today, which number 21 with total capacity of 80 mmty, are operated by the three state-run national oil companies, Sinopec Group, Chinese Offshore Oil Co. (CNOOC) and PetroChina. As a result, other companies have been limited in how much gas they could import.

The central government stated plans for more private company participation in its import sector, but state-run companies still controlled 90% of the capacity as of last year. The balance is said to be held by second-tier importers that include gas distributors ENN and Jovo Energy, according to The Oxford Institute of Energy Studies.

Under government pressure, CNOOC, the world’s third largest LNG importer, said it would open up more terminals to third-party importers. CNOOC accounts for 10 of the country’s receiving terminals with a combined capacity of 45.2 mmty. The company had been reluctant to allow more access because of concerns about losing market share to independents that could import spot cargoes at prices below its term contracts.

Spot LNG prices in Asia usually trade at a discount against gas prices for longterm off-take agreementsm which have historically been linked to a crude price indexation. This year spot LNG prices in Asia have reached multi-year lows, recently dipping below the $4/MMBtu price point amid warmer temperatures in North Asia, ongoing LNG supply overhang and reports of ample gas inventories in Japan, China, and South Korea, the world’s top three LNG importers.

China’s LNG imports are expected to increase to more than 100 billion cubic meters (3.5 Tcf) in 2024, bypassing Japan, the current top importer, according to the International Energy Agency. In January, China passed South Korea to become the world’s second largest importer.