Chevron Australia and joint venture partners in the Gorgon natural gas export project in Australia on Tuesday launched the second stage drilling campaign off the northwest coast of the country. 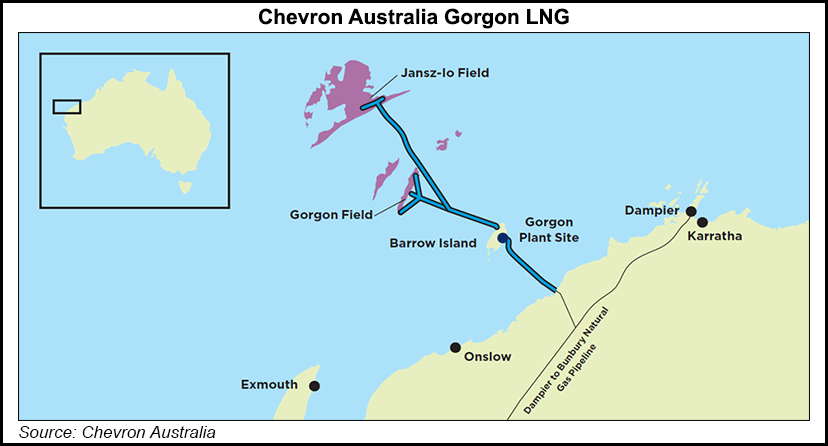 The expansion is to include system upgrades on Barrow Island and installing in the offshore 11 vertical subsea production trees, along with production pipelines, control umbilicals and 2,840 metric tons of subsea structures.

Chevron operates two mega-LNG projects in Australia, Gorgon and Wheatstone, which carry supply to Asia Pacific markets. Gorgon and Wheatstone now have five trains between them. By using a systematic approach to increase the reliability, utilization and plant capacity, an initial 2% increase was made in capacity at Gorgon and 6% at Wheatstone. The two facilities in the final three months of 2018 produced slightly under 400,000 boe/d.

To date, the Gorgon project has spent more than $40 billion on Australian goods and services and awarded more than 700 contracts to Australian companies.

“This expansion will support local employment and contract opportunities on Gorgon for decades to come, with immediate benefits flowing through the drilling and completion activities, subsea infrastructure installation and local project management,” Williams said.

Chevron is working collaboratively with government, industry and others to build Perth as an “energy center of excellence” to boost jobs, drive technological innovation and support a local services sector.