Chevron Corp.’s John Watson, chairman and CEO since 2010, who has led the company’s ramp-up in the Permian Basin, plans to step down next month, according to reports. 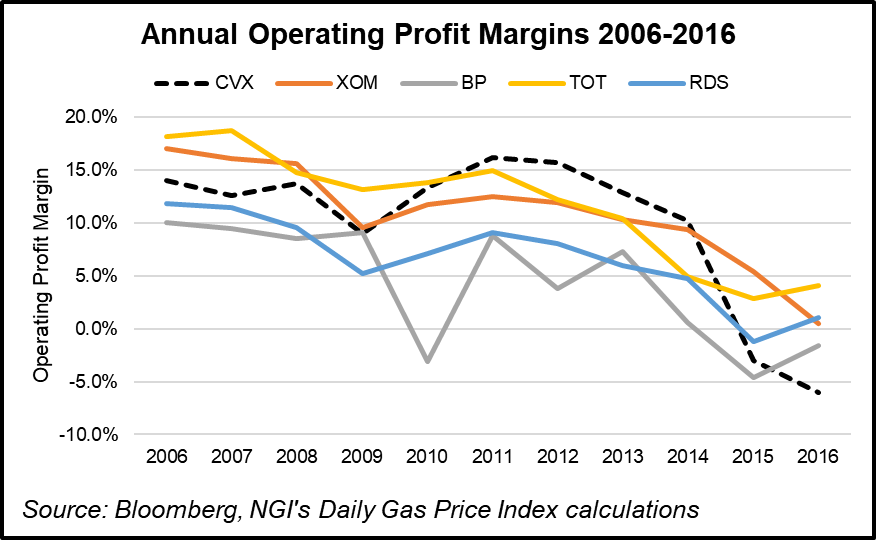 The Wall Street Journalsaid Tuesday Watson, 60, was retiring as the San Ramon, CA-based supermajor seeks new leadership. A new chief has not been finalized by the board, and Watson was expected to remain through a transition, sources said.

Watson, who has helmed the company for seven years, joined Chevron in 1980 as a financial analyst. He served as vice chairman from 2009 to 2010, and previously was executive vice president (EVP) for strategy and development. Watson also led the company’s integration effort in 2000 following the Chevron-Texaco merger before being tapped as the corporation’s CFO.

Watson has guided Chevron through a tumultuous period following the oil price debacle in late 2014. Chevron turned around a year-ago loss during the second quarter, with Permian Basin-led production increasing and operating costs falling. Earnings totaled $1.5 billion (77 cents/share) versus a year-ago loss of $1.5 million (minus 78 cents). Revenue rose to $33 billion from $28 billion. Operating expenses fell 10% year/year, while capital expenditures (capex) were down by 25% through the first six months from a year ago.

During the most recent conference call, upstream chief Jay Johnson stressed the importance of the Permian Basin to Chevron’s future growth. At the end of June Chevron was running 13 rigs in the Permian, and Johnson said a rig would be added to the West Texas region every eight to 10 weeks, with 20 expected by the end of this year.

Watson has led the charge for Chevron back into the Permian, where the company has held leases for decades. He also has overseen expensive, long-term mega-projects that include the cash-sucking twin liquefied natural gas (LNG) export hubs in Australia, Gorgon and Wheatstone.

Chevron already has ramped up its the massive Gorgon LNG project, with Wheatstone, at 13.4 million metric tons/year, coming online this year.

The LNG projects, and other endeavors in the global deepwater, pushed Chevron’s free cash flow to the red in 2013; a year later, oil prices crashed pushing the Big Oil operator and its fellow explorers into a corner.

Chevron responded to the downturn by paring capex, reducing the workforce, dropping drilling rigs and working with vendors, an ambitious effort to pace itself until commodity prices were more accommodating. Final investment decisions were put on the backburner.

With oil prices not budging, Watson a few months later said, “We’re quite sober about prices in 2015,” but investment cuts by industry were expected to “bring supply and demand into balance in 2016,” moving oil prices upward. “I don’t think $50 oil is sustainable.”

Sustainable they have been in the two years since. During the company’s annual analyst day in March, Watson pivoted, with a renewed focus on shorter-cycle rewards, led by the Permian Basin.

The No. 2 oil major after ExxonMobil Corp. years ago had begun major oil and gas projects “premised on higher prices,” Watson said in March. “A lot of change is taking place in the business, and we are adapting to a lower price environment. We are improving efficiencies, and those types of benefits are sustainable.”

“Industry conditions are tough right now, with low oil and natural gas prices,” Watson said. “We believe markets will improve, and we’ll be well positioned when they do.” He added that prices were “not going back to $100 oil anytime soon.”

The top candidate rumored to take over is Michael Wirth, 56, who was named vice chairman earlier this year, according to the Journal report. Wirth, who joined Chevron in 1982 as a design engineer, also is EVP of midstream and development, a position he has held since last year.

Wirth is responsible for supply and trading, and the midstream operating units engaged in transportation and power, as well as corporate strategy, business development, and policy, government and public affairs.

According to filings, Watson would be eligible to receive $13.5 million if he were terminated after a change in control as of the end of 2016. At the end of fiscal 2016, Watson also had accumulated pension benefits of $45.4 million.

“This is somewhat of a surprise as there was no previous hint of this and no obvious succession plan outlined,” said Tudor, Pickering, Holt & Co. analysts of Watson’s rumored departure. “It is not clear what has prompted this decision, but he would be leaving the company in good order with the Permian ready to take off and the LNG projects on the cusp of moving into free cash flow generation.”

Replacing Watson with Wirth “is somewhat of a surprise also, given Chevron has the lowest contribution from downstream of the supermajors,” analysts said.

“Chevron has talked about further downstream and chemicals investments on the U.S. Gulf Coast, which could integrated into its future Permian growth. One area where the strategy may change is with regards the response to climate change,” they noted. “Chevron has been the supermajor that has been most vocal against a tax on carbon, and Watson also recently said he isn’t worried about peak demand for at least the next 20 years.”