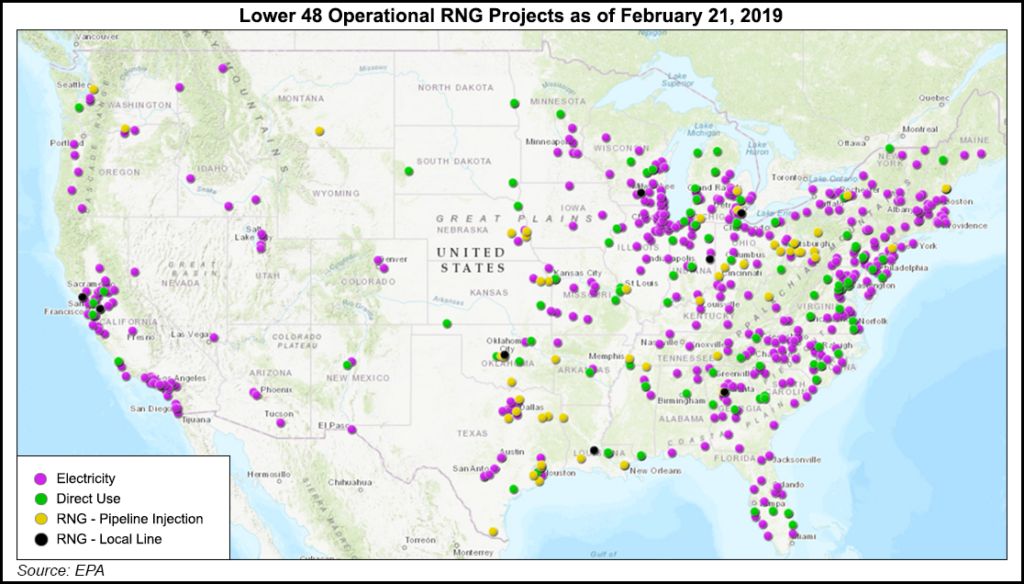 Affiliates that include Eastern Shore Natural Gas Co. (ESNG) and Marlin Gas Services are to collaborate on the RNG project with BDC, which produces resources from organic waste at its anaerobic digestion facilities in Delaware. A $6 million gas processing plant to be built by CPK units to convert the BDC resources into RNG, considered a carbon-negative energy source. Marlin and ESNG would provide incremental investments totaling about $7 million.

“We have taken steps to ensure our company can support the emergence of the renewable fuels market and do its part to assist in managing agricultural and other waste recovery,” CPK CEO Jeff Householder said. “These investments and our recent tariff changes to establish gas quality standards are evidence of our efforts.”

The subsidiary investments would be used to support RNG transport and delivery to multiple suppliers, as well as aid in constructing an interconnect facility and additional transportation equipment. CPK then would provide the RNG for its customers.

Recently established gas quality specifications and standards put in place by ESNG would accommodate requests to receive RNG into its pipeline system too. The standards are at least equal to the gas tariffs of the three upstream pipeline systems that interconnect with ESNG, and were also accepted by the Federal Energy Regulatory Commission.

ESNG plans to launch additional capital investments for interconnection facilities, and CPK is investigating additional RNG projects for other customers to access its pipeline system.

In addition to its partnership with BDC, CPK is also in the process of negotiating different RNG opportunities as they are considered beneficial to the environment. The prospects involve several business units that have some form of an investment focused on meeting or exceeding the company’s target returns, it said.

RNG is being explored around the country by developers including Sempra Energy’s Southern California Gas Co, which in 2019 pledged to make RNG 20% of supply by 2030 in its quest to become the “cleanest gas utility in North America.”

In February, Oregon-based NW Natural also showed its support for RNG, and announced plans to deliver RNG into its pipeline system to be distributed to the transportation sector this year.