The Pennsylvania Attorney General’s (AG) Office has reached a $5.3 million settlement with Chesapeake Energy Corp. to resolve claims that the company deceived landowners and underpaid royalties on natural gas production. 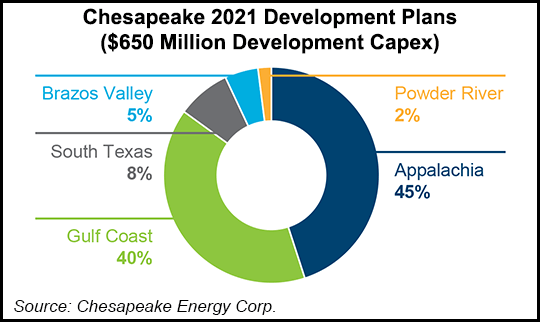 The settlement, which comes more than five years after the state filed a lawsuit, requires Chesapeake to pay restitution to landowners in Northeast Pennsylvania and another $350,000 to the AG’s office to cover legal expenses. AG Josh Shapiro also said the settlement would better protect landowners that have leases with Chesapeake going forward.

“The bottom line here is that this settlement will end the abuse from Chesapeake and allow landowners to take a new lease with no deductions,” Shapiro said.

The state filed the complaint against Chesapeake in December 2015 under former AG Kathleen Kane, alleging that the company had engaged in deceptive business practices and improperly paid royalties by deducting post-production costs from royalty checks to cover marketing costs, including compression, dehydration and transmission.

The lawsuit was the result of an extensive investigation that was launched in 2014 by the AG office’s Antitrust Section and Bureau of Consumer Protection, which brings legal action against overcharges and underpayment. The office said hundreds of landowners who signed leases with Chesapeake in preceding years played an integral role in the case.

The settlement also requires that Chesapeake stop offering leases with market enhancement clauses that provide for post-production royalty deductions. Chesapeake has to hire an ombudsman to review landowner complaints. The AG’s office would gain access to the company’s records to ensure compliance with the settlement.

The complaint initially was filed in the Bradford County Court of Common Pleas. The state later added the former Anadarko Petroleum Corp. to the lawsuit. Anadarko was acquired by Occidental Petroleum Corp. in 2019. The AG’s office alleged that the two producers allocated certain properties to acquire leases that it claimed resulted in lower bonus payments and royalties. The defendants ultimately appealed to the Pennsylvania Supreme Court, which heard oral arguments last May.

Chesapeake filed for bankruptcy in June, and the bankruptcy court stayed the state’s case; it has since emerged from bankruptcy. However, an injunction still remains that prevents the case from moving ahead. The case against Anadarko is pending before the Pennsylvania Supreme Court.

Chesapeake spokesman Gordon Pennoyer said the settlement must still be approved by the U.S. Bankruptcy Court for the Southern District of Texas.

Chesapeake has been accused in various courts across the country of underpaying royalties and has settled in some of those cases. The company has faced similar court complaints from private landowners in Pennsylvania over the years.

The AG’s office said at one point that at least 4,000 Pennsylvania landowners could be involved in its case. The state previously estimated that Chesapeake and Anadarko could have been forced to pay tens of millions in damages if the lawsuit had succeeded.

Chesapeake is one of the largest operators in the Marcellus Shale, with 540,000 net acres in Northeast Pennsylvania and more than 1 Bcf/d of natural gas production. Anadarko exited the play in 2016 after divesting its remaining upstream and midstream assets in the state.