Chesapeake Energy Corp. has OK’d plans to spin off its oilfield services operations as a stand-alone, with the launch scheduled for June 17. 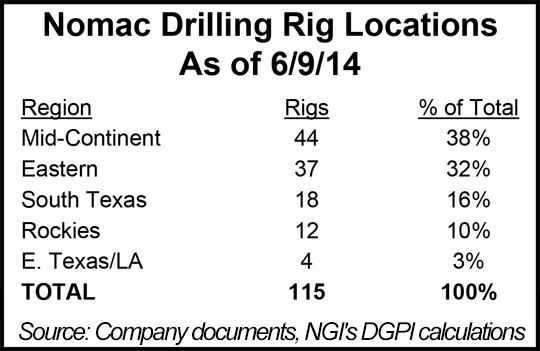 Publicly traded Seventy Seven Energy Inc. (SSE) would be created through a launch on the New York Stock Exchange. Chesapeake shareholders of record as of June 19 would receive one share of Seventy Seven for every 15 shares they own of common stock (see Daily GPI, March 17).

The oilfield services business, already one of the top onshore providers for drilling and pressure pumping equipment, primarily does business with Chesapeake, but it also has a stable of third-party customers. Last year the unit generated revenue of $2.2 billion.

The units operate in almost every major onshore U.S. basin with services that include contract drilling, hydraulic fracturing, oilfield rentals, rig relocation, fluid transportation and disposal, and natural gas compressor manufacturing packages. As it now is packaged, SSE would be comparable in size and offerings to Patterson-UTI Corp.

Jerry L. Winchester, who has been running the unit, would remain CEO of SSE; Cary D. Baetz also would remain CFO. The board is to consist of Winchester, Anne-Marie N. Ainsworth, Bob G. Alexander, Edward J. DiPaolo, Tucker Link, Marran H. Ogilvie, Ronnie Irani and Alvin Bernard Krongard. In connection with the spinoff, the business unit said it intends to offer for sale $500 million in aggregate principal amount of senior unsecured notes due in 2022 to eligible purchasers. Proceeds would be used to repay debt in connection with the spinoff.

Standard & Poor’s Ratings Services put an outlook for SSE at “stable,” reflecting its view that Chesapeake would “remain the primary customer” until it builds its third-party base.

Official earnings guidance hasn’t been issued by Chesapeake for SSE, but earlier this year management indicated the new company “could generate close to $600 million” by 2015, noted Tudor, Pickering, Holt & Co. Based on the analyst’s current net asset value estimate for Chesapeake, SSE may trade at 4.5 times the 2015 earnings estimate of $550 million, or around $3.50/share for Chesapeake.