Chesapeake Energy Corp. said Tuesday that it has agreed to the second of two planned divestitures of noncore assets in the Haynesville Shale, selling 41,500 net acres to an affiliate of Dallas-based Covey Park Energy LLC for $465 million. 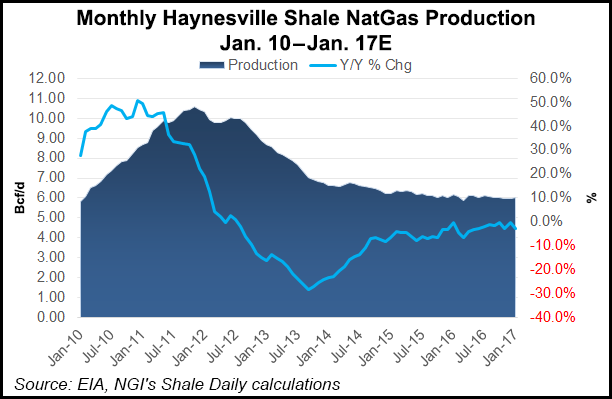 The announcement comes after the Oklahoma City-based Chesapeake agreed earlier this month to sell 78,000 acres of its position in the gassy North Louisiana play for $450 million. The exploration and production company said at the time that a second deal was in the works and that both transactions are expected to close in 1Q2017.

“Upon closing, this strong bid for our second Haynesville package, along with our recent new issue and tender, will position Chesapeake with significant liquidity as we begin a new year,” he said.

This total outpaces the company’s original asset sales goal by $500 million, he said.

Management had discussed plans to market a portion of the debt-heavy Haynesville assets during a 3Q2016 conference call last month. During the third quarter, the company saw its Haynesville output increase both year/year and sequentially.

Chesapeake said earlier this month that it will retain roughly 250,000 net acres in the core of the Haynesville after the divestitures are complete. The company said its 2017 program in the play will focus on longer laterals and further enhanced completions, which management projects will result in adjusted production growth of 13% for the year.