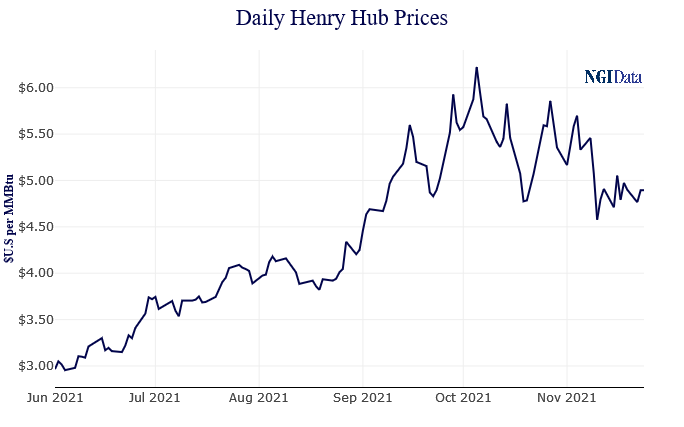 Under the SPA, Foran has agreed to purchase approximately 0.3 million metric tons/year (mmty) of LNG from Cheniere Marketing on a delivered ex-ship basis for 20 years beginning in January 2023. The purchase would be indexed to the Henry Hub price, plus a fee.

Late last year, Foran said it had agreed to buy 26 LNG cargoes from Cheniere between 2021 and 2025. At the time, it was the first longer-term deal signed since a trade war broke out between both countries in 2018. But with booming demand in Asia amid soaring natural gas prices, China has recently been on a U.S. LNG buying spree.

Earlier this month, Cheniere reached a deal with China’s Sinochem Group Co. Ltd. to supply 0.9 mmty of LNG beginning in July 2022.  The Sinochem deal was Cheniere’s third SPA in the last two months. Along with Venture Global LNG Inc., which is close to bringing on the Calcasieu Pass LNG terminal in Louisiana, the companies have inked deals to sell 11.5 mmty of LNG since September.

Chinese buyers have factored heavily into those agreements, with China Petroleum & Chemical Corp. and ENN Natural Gas Co. Ltd. signing up for offtake. The country’s natural gas demand has increased sharply as its economy rebounds and the government works toward climate goals.

In related news, Cheniere also recently agreed to an 11-year deal to sell LNG to a unit of French energy company Engie SA. The LNG would come from Cheniere’s Corpus Christi project, with supply starting this year. Cheniere expects to sanction the project’s Stage 3 expansion in 2022. The expansion could add more than 10 mmty to Corpus Christi’s capacity.