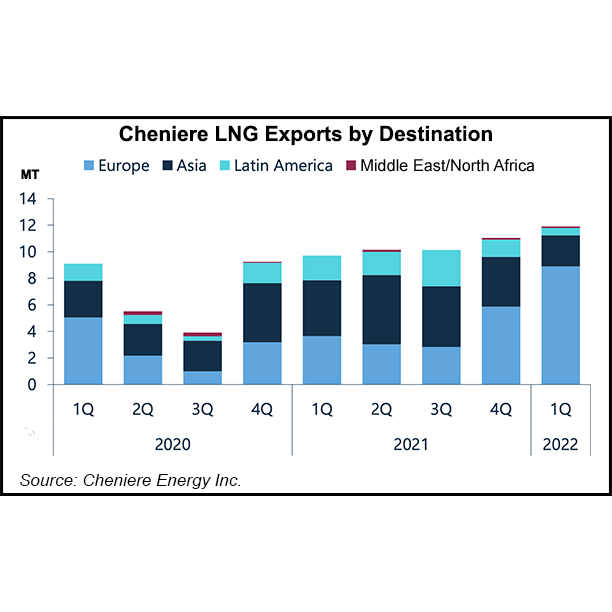 The project would add seven midscale liquefaction trains and 10 million metric tons/year (mmty) of capacity at the facility as global demand for LNG surges.

“Reaching FID on Corpus Christi Stage 3 represents an important milestone for Cheniere as we move forward on this significant growth project, which will strengthen our market-leading LNG infrastructure platform, provide much-needed volumes to the global LNG market by the end of 2025, and create long-term value for our stakeholders,” CEO Jack Fusco said Wednesday.

Fusco said the Houston operator, the leading exporter of U.S. LNG, aimed to ramp up its export capabilities to meet growing global demand that has been amplified by Russia’s war in Ukraine. Europe, which became a premium market for LNG in the months prior to the war because of dwindling supplies on the continent, has furthered its calls for U.S. exports as part of an effort to cut its reliance on Russia –  its top gas supplier.

Fusco added that the FID “reflects the call for investment in natural gas infrastructure around the world to support environmental priorities and long-term energy security.”

Sanctioning the expansion was widely anticipated for sometime this month. The company extended a gas supply agreement with EOG Resources Inc. in February, concluding the commercial deals needed to move forward with moving forward on Stage 3.

At its peak, the Chevron Corp. subsidiary plans to purchase a combined 2.0 mmty.

Under the first SPA with SPL, Chevron agreed to purchase 1.0 mmty of LNG. Deliveries would begin in 2026 and continue until mid-2042.

Under the second SPA, Chevron agreed to buy another 1.0 mmty, with deliveries beginning in 2027 and continuing for 15 years. The Cheniere Marketing SPA is subject to sanctioning additional liquefaction capacity at the Corpus terminal beyond the seven-train Stage 3 project.

The purchase price for LNG under the SPAs is indexed to Henry Hub, plus a fixed liquefaction fee, Cheniere said.

The project is slated to begin in 2024. However, amid the mounting global demand, Woods told reporters at a press conference in Qatar he hoped to accelerate the timeline. The expansion would add liquefaction and export capacities to the existing terminal in Sabine Pass, TX, creating an estimated capacity of 18 million metric tons/year. It is a joint venture with Qatar Petroleum (70%) and ExxonMobil (30%).

Woods’ comments came as the company announced it would invest in a $29 billion project that would boost Qatar’s LNG capacity from 77 mmty to 110 mmty.

The Irving, TX-based supermajor joined other international energy companies, including ConocoPhillips, Eni SpA and TotalEnergies, in Qatar’s North Field East project, which is expected to launch operations in 2026. It is the largest of its kind in the global natural gas industry.

ExxonMobil agreed to buy a 6.25% stake in the project. ExxonMobil’s share of the project would equal that of TotalEnergies. Eni and ConocoPhillips would each have stakes of about 3.12%. QE operates the North Field East project, which it launched in 2019. 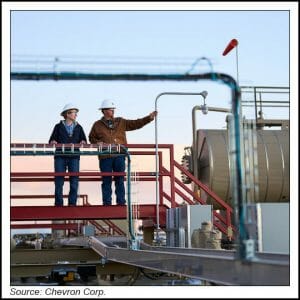