Cheniere Energy Inc. has received permission from federal regulators to introduce feed gas to the sixth train at its Sabine Pass liquefied natural gas (LNG) terminal in Louisiana, raising the likelihood that U.S. exports will increase further by year’s end. 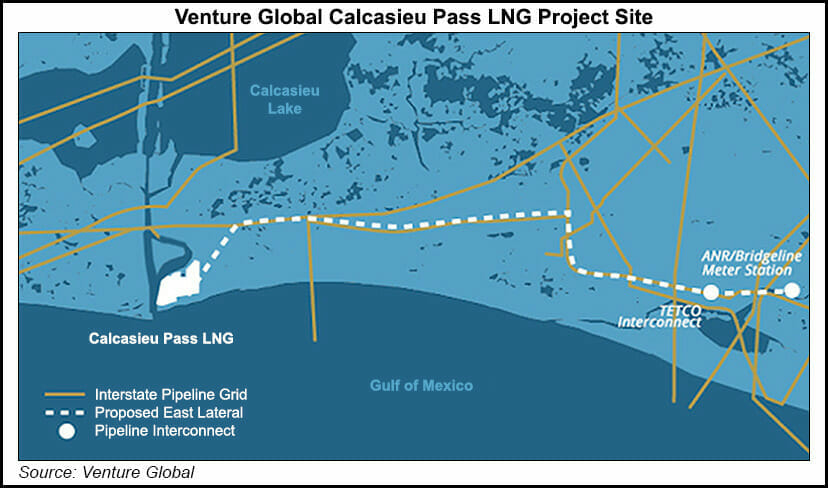 Cheniere, the largest exporter of U.S. liquefied natural gas, said last month that the train was 90% complete and expected to enter commercial service next year. Chief Commercial Officer Anatol Feygin told news media at the Gastech conference in Dubai on Tuesday there’s a strong likelihood that Train 6 could begin producing LNG by the end of the year.

Venture Global issued a tender earlier this year to supply 12 cargoes from Calcasieu Pass as soon as October in an indication that the terminal could start exporting commissioning cargoes by the end of the year.

The TransCameron pipeline that would feed Calcasieu Pass has also been cleared by federal regulators to enter service. It is already receiving limited amounts of gas as Calcasieu Pass nears commissioning.

EBW Analytics Group said Friday that LNG feed gas demand could soon top 12.5 Bcf/d as Train 6 ramps up and flows at Sabine Pass, Freeport and Cameron LNG continue to increase following Tropical Storm Nicholas last week. Feed gas demand could hit 14 Bcf/d by the end of the year if Calcasieu starts up, EBW said, surpassing the record of roughly 11 Bcf/d, and accounting for well above 10% of all U.S. natural gas demand.