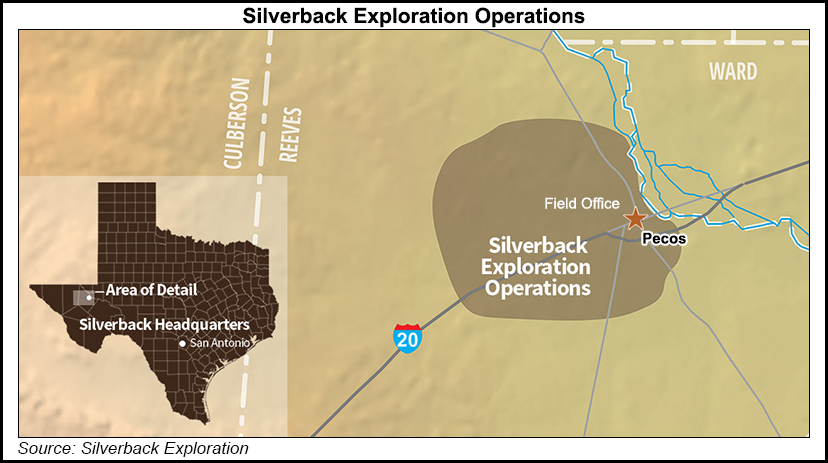 An affiliate of Riverstone Holdings LLC, one of Centennial’s key backers, agreed last week to pay $855 million for the Silverback assets in Reeves County. On Sunday, Centennial reached an agreement to assume Riverstone’s right to purchase the properties in a deal set to close by the end of December.

“While we did not expect to make such a significant acquisition so quickly, we could not pass up the opportunity to accretively add core acreage offsetting our existing Centennial assets at such a compelling price,” Centennial CEO Mark Papa said. “Pro forma for the transaction, Centennial will be one of the largest operators in the Delaware Basin, with over 77,000 contiguous net acres.”

Papa, the former chief of EOG Resources Inc., helped launch blank check explorer Silver Run Acquisition Corp. in February with Riverstone’s backing. In October, Silver Run, again with Riverstone’s assistance, took an 89% stake in Centennial and assumed the brand as its own, with Papa as chairman and CEO.

The Houston-based independent now holds around 42,500 net acres in West Texas, primarily in Reeves and Ward counties. At the end of June, production was about 7,200 boe/d net, with proved reserves of 48.6 million boe net. On the Silverback leasehold, Centennial already had identified more than 1,300 gross horizontal drilling locations, with stacked pay consisting of five currently producing zones and “upside for seven more.”

Silverback, headquartered in San Antonio, was formed three years ago by EnCap Investments. Today it operates more than 30 wells in Reeves County that produce oil, natural gas and liquids from multiple stacked pay zones including the Upper and Middle Wolfcamp, Bone Spring and Avalon Shale formations. The leasehold, 95% operated with an average working interest of 88%, directly offsets existing Centennial acreage in Reeves County.

The Silverback transaction “increases our horizontal drilling inventory by 44% and more than doubles our inventory of extended length laterals, which we believe provides the most capital efficient development,” Papa said. “Furthermore, this transaction allows us to increase our 2020 oil production goal from 30,000 b/d to 50,000 b/d, all the while maintaining one of the lowest debt levels in the industry.”

The Silverback leasehold would add “at least” 600 horizontal drilling locations, assuming 880-foot spacing prospective for the Upper Wolfcamp A (210 locations), Lower Wolfcamp A (180) and Wolfcamp B (220). An undeveloped resource potential also exists of more than 600 million boe from Wolfcamp A and B, with more potential from the Wolfcamp C, Avalon and Bone Spring. As well, the contiguous position “supports extended lateral development,” while the acquisition increases operated extended lateral locations by 136%.

Before the deal is done, unnamed third parties may, within 30 days, exercise their rights to acquire up to 80% of 10,000 net acres within the Silverback leasehold at the purchase price paid by Centennial.

In connection with the acquisition, Riverstone committed to invest up to $500 million in Centennial common/convertible preferred shares at $14.54/share. Centennial intends to finance the remainder of the purchase price through equity and/or debt financings.