A start on additions to oil production offshore Newfoundland topped the 2023 growth agenda prompting a 50% budget increase for 2023 by Calgary-based Cenovus Energy Inc. 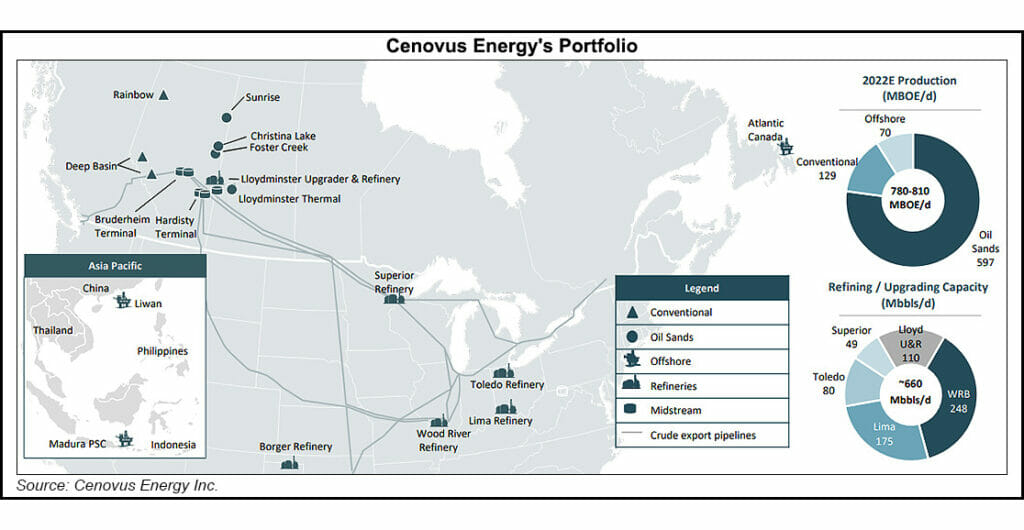 A spring ownership shuffle, government aid and rising oil prices have revived West White Rose after it was shelved at the start of the Covid-19 pandemic in March 2020.

Cenovus cut its ownership in the original White Rose field to 60% from nearly 73% and in the new wells to about 56% from slightly under 70%. Suncor Energy Inc. picked up the shares dropped by Cenovus. A Newfoundland government firm, Nalcor, has a 5% interest in the new wells.