The Biden administration has announced another offshore wind energy auction for more than 110,000 acres off the coast of the Carolinas, adding on to a pledge to bring 30 GW of offshore wind power online by 2030. 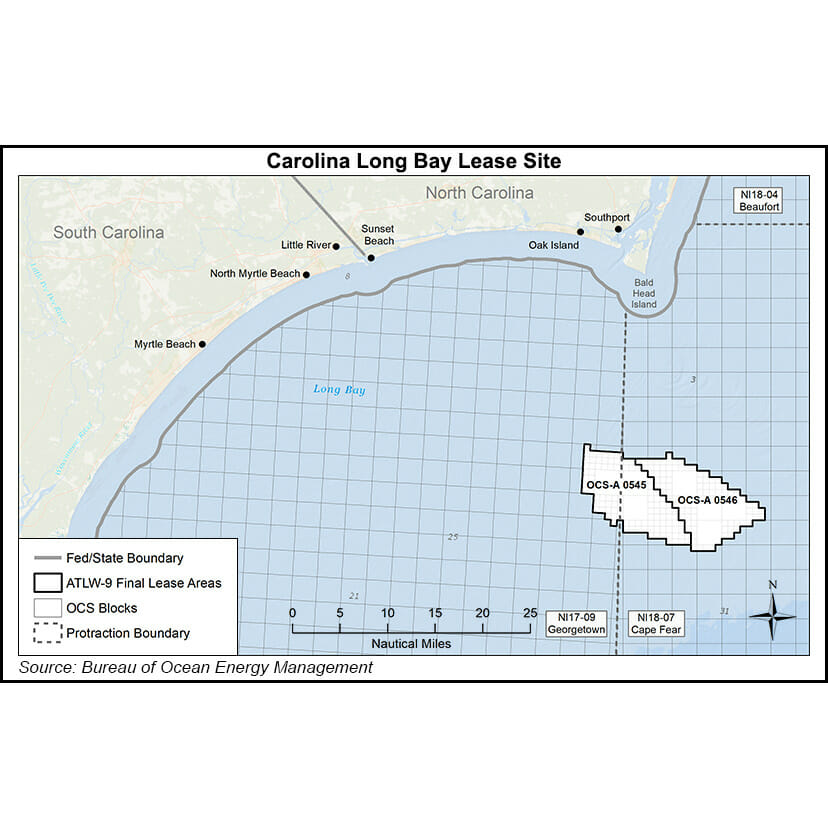 The proposed lease sale is scheduled for May 11 for two areas in the Carolina Long Bay area between North Carolina and South Carolina. Once developed, the lease areas could be the site of 1.3 GW of offshore wind energy.

Potential developers would be able to bid on two lease areas within the Wilmington East Wind Energy Area, which the Bureau of Ocean Energy Management (BOEM) said are similar in acreage and wind resource potential.

Bidders would be offered a 20% credit if they also commit to programs that would expand workforce training or supply chain development, according to BOEM.

Last June, North Carolina Gov. Roy Cooper issued an executive order (EO) to bring 2.8 GW online by 2030, followed by 8.0 GW by 2040. The EO came a few months after the Biden administration first declared it would be funding, developing and proposing leases to deploy 30 GW of offshore wind energy.

Additional wind energy lease sales are expected for the Central Atlantic region, offshore Maine, Oregon and in the Gulf of Mexico. According to the Department of Interior, the U.S. wind projects have the potential to generate $109 billion in revenue over the next decade.