To achieve carbon neutrality by 2045, California needs to embrace carbon capture and storage (CCS), according to a study by the Lawrence Livermore National Laboratory (LLNL). 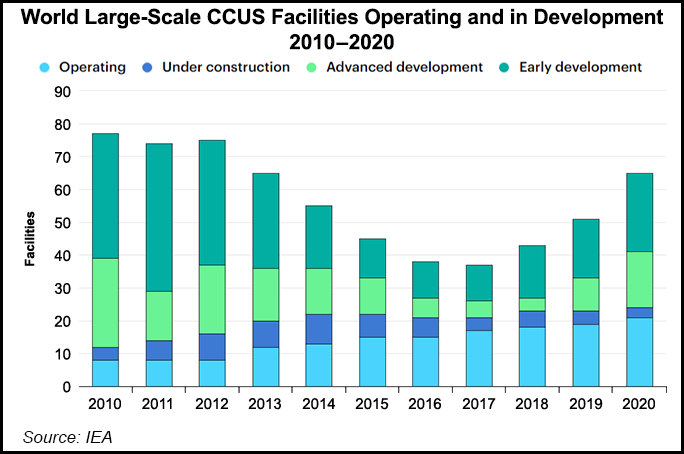 LLNL’s work dovetails with a joint effort by units at Stanford University last year that developed an action plan for policymakers detailing opportunities, challenges and solutions for CCS in California.

The report credited California for having “pioneering practices, technologies, and policies” to meet the global climate challenge. Researchers estimated the state could achieve its 2045 goal by investing on average $10 billion annually, or less than 0.4% of the state’s gross domestic product

Three “pillars” include capturing and storing as much carbon as possible through managing natural and working lands; converting waste biomass to fuels and storing the CO2; and removing CO2 via direct air capture, researchers said.

There are “substantial challenges,” however, including how to decarbonize transportation, agriculture and industrial sectors in the nation’s most populous state.

“The goal of being entirely carbon neutral by 2045 is substantially more ambitious than the state’s previous long-term goal of 80% reduction from 1990 emission levels by 2050,” researchers said. “The new goals require ingenuity and innovation that goes beyond today’s success stories.”

California has three distinct geographical locations for the sources of carbon. These include forestlands in the northwest corner of the state, agricultural waste in the Central Valley and municipal solid waste concentrated in the population centers.

LLNL concluded that the lowest cost technologies for CCS in the state total about $8 billion annually, or $65/ton of CO2.

California has no CCS projects now operating but two are on the drawing board. One announced earlier this month is by Chevron Corp., Schlumberger New Energy, Microsoft Corp. and Clean Energy Systems Inc.

Last year, a possible breakthrough in technology that could capture more than 90% of CO2 emitted from industrial sources was announced by scientists at ExxonMobil, University of California, Berkeley, and Lawrence Berkeley National Laboratory.

Subsequently, the California Public Utilities Commission, California Air Resources Board and the California Energy Commission (CEC) issued a report earlier in March that concluded there are different ways to achieve zero-carbon electric generation, but it will require “significant investments in new and existing technologies and an increased, sustained build-out of clean energy projects.”

The report modeled different scenarios to outline paths to carbon-free energy. “The results of this preliminary analysis show that it is possible to achieve a 100% clean electricity future, and additional analyses will follow on energy reliability and evolving conditions,” said CEC Chairman David Hochschild.