The sponsors of the planned Annova liquefied natural gas (LNG) export project in South Texas have called quits on the development, citing changes in the global market. 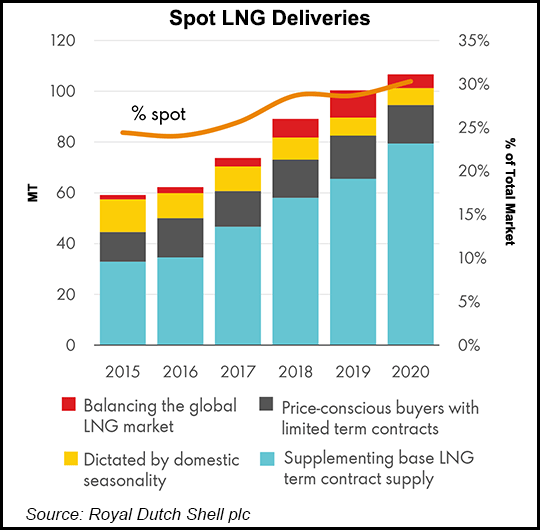 Annova disclosed the “immediate discontinuation” of the 6.5 million metric tons/year (mmty) export project in a letter filed Monday with FERC. The letter asked the Federal Energy Regulatory Commission to vacate the project’s authorization.

In the announcement posted on its website, Annova said it was in the process of notifying its supporters, commercial partners and regulatory agencies of the decision. The development, planned to be sited near the border with Mexico in Brownsville, was being jointly pursued by majority owner Exelon and minority owners Black & Veatch Corp., Kiewit Energy Group Inc. and Calgary-based Enbridge Inc.

The news reflects problems faced by U.S. LNG developers in general, as sluggish demand made worse by the Covid-19 pandemic has made it more difficult for projects to make it to a final investment decision (FID). Though Annova LNG was backed by a Fortune 100 utility and had a number of partnerships, it had failed to secure any offtake contracts since it was founded in 2013.

Center for LNG executive director Charlie Riedl said developments slated to come online later this decade, such as Annova LNG, were already facing headwinds before the pandemic as new supply flooded the market. That forced spot prices down, luring customers away from the long-term offtake contracts that traditionally underpin financing for big export projects. Demand took another hit last year as the pandemic dragged on.

“When you talk about all of that slowdown that happened, the ripple effect that causes takes time to rebalance the market, and then obviously slows down any kind of commercial contracts that are being negotiated,” Riedl told NGI. “And so when those projects that are trying to reach final investment decision don’t have a balance sheet that potentially supports that, it’s going to be difficult for a project to continue to move forward.”

Riedl said he sees long-term offtake deals evolving to accommodate customers asking for shorter contract terms than the traditional 20-year deal. As an example, he pointed to Qatar Petroleum’s recently announced deal with China Petroleum & Chemical Corp., aka Sinopec, which has a term of 10 years. However, he expects interest in long-term agreements to pick up later in the year as LNG demand recovers in the wake of the pandemic.

“I think, as we start to return to ‘normal’ here and abroad in some of our major market areas, that demand is going to probably ramp back up pretty quickly,” he said. “And all of a sudden, you start to see some of these larger buyers start to look for longer term agreements, just to make sure that their gas is locked in.”

Annova received federal approval in 2019 and signed a 30-year lease with the Port of Brownsville in February 2020. It had also inked a feed gas supply deal with Enbridge last year. It had planned on reaching FID this year and beginning operations in 2025.

The decision to walk away comes as enthusiasm for new North American LNG projects wanes. The Annova announcement was preceded by Chevron Corp.’s recent disclosure that it would no longer fund activities related to the proposed Kitimat LNG project in British Columbia after it failed to find a buyer for its 50% stake.

Texas LNG, another Brownsville development, has yet to sign its first customer for its 4 mmty project. Meanwhile, NextDecade Corp., which is developing the nearby Rio Grande LNG facility, has only been able to sell 2 mmt/y of the project’s 27 mmty capacity so far, under a 20-year agreement with Royal Dutch Shell plc. Further afield, the sponsors of the Driftwood LNG project in Louisiana and the Jordan Cove LNG development in Oregon have had trouble finding buyers.

Annova, like other LNG projects, has occasionally found itself in the crosshairs of environmentalists. The project, along with Texas LNG and Rio Grande LNG, faced opposition because of potential carbon emissions, as well as the habitats of the endangered jaguarundi and ocelot.

Though Annova LNG said its decision was based on market dynamics, The Sierra Club, which has lobbied for years against all three of the Brownsville LNG facilities, marked the announcement as a victory.

“No LNG export terminal has any place in our communities or our energy future, and today’s news is a step in the right direction” to end U.S. LNG exports, which the group opposes because of the impacts the facilities and upstream production could have on the environment.