Increased production, improved prices and strong exports to the United States turned Canadian oilsands specialist Meg Energy Corp. profitable in the first half of 2021, reversing deep losses inflicted a year ago by the Covid-19 pandemic. 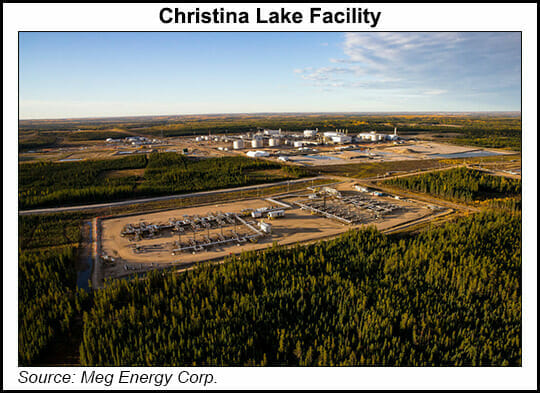 The firm credited the gain partly to selling 38-45% of its oilsands output to refineries on the Gulf Coast. The long-distance marketing effort, using the Seaway and Flanagan South pipelines, raises delivery costs but reaps premium prices over Canadian exports to the U.S. Midwest.