Only two months after predicting the first investment growth since 2014, the Canadian oil and gas industry has reversed course by retreating into austerity to survive the coronavirus pandemic and dizzying commodity price drops. 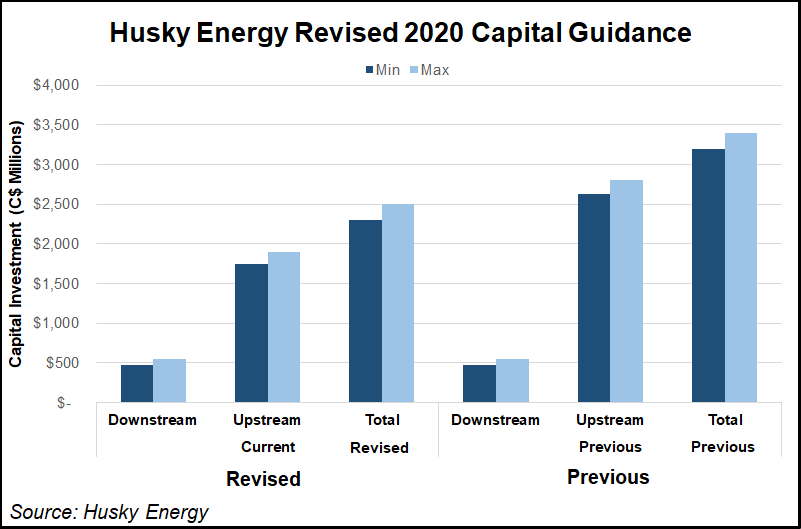 The firm said, “Canadian Natural’s asset base has low sustaining capital and low reservoir risk which allows it to effectively manage through commodity price cycles, with little impact on our near term production levels and net asset value, thereby preserving long term value for our shareholders and creditors.”

Production will be trimmed but only by volumes that remain to be set as “safe and orderly reduction or shut-in” at locations “where it is cash negative on a variable cost basis at current prices,” said Husky.

Cuts are less drastic so far at specialists in natural gas and liquid byproducts, which were pared down into lean operations by low and volatile Canadian prices for years before Covid-19 and the oil market-share war between Russia and Saudi Arabia.

“The company will demonstrate its resilience and emerge from this downturn stronger and better-positioned than ever before,” predicted 7G president Marty Proctor.

“Over its long history, Imperial has faced numerous periods of low global crude oil prices,” the firm reminded shareholders Thursday in an update on plans for coping with the current pandemic and market instability.

After suspending the next Imperial oilsands project due to pipeline capacity shortages and Organization of the Petroleum Exporting Countries (OPEC)-like Alberta government production quotas, company president Brad Corson reported “We are naturally at a lower spending period in the cycle.”

Canadian industry analysts rate Covid-19 and the oil market-share war as most menacing for drilling, service and supply contractors that rely on production growth and replacement.

“Gutting the oilfield service sector will deplete the labor pool by thousands of jobs and make it doubly hard for an already hobbling industry to recover after the chaos ends,” predicts Tertzakian.

“These are the workers on the front lines of extracting a suite of products that put gas in your car, heat your home and transport your food, among many other vital things in our modern economy.”

Along with Tertzakian, the Canadian Association of Oilwell Drilling Contractors and Petroleum Services Association of Canada hoped for targeted help beyond corporate tax payment deadline extensions and loan programs announced so far for all industries by the federal and provincial governments. 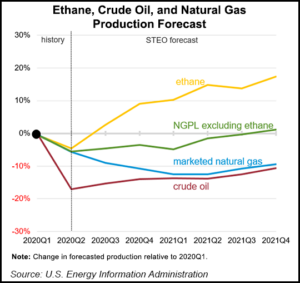 A rebound in demand for ethane as a key feedstock for petrochemical manufacturing should fuel production growth through 2021, according to the Energy Information Administration (EIA). EIA forecasted in its August Short-Term Energy Outlook that ethane production would exceed 2 million b/d by the fourth quarter. That would mark a 9% increase from the start…