Canada’s Arc Resources Ltd. and Seven Generations Energy Ltd. (7G) have agreed to merge, a combination that would create one of the top natural gas operators in the country, with output centered in the Montney Shale. 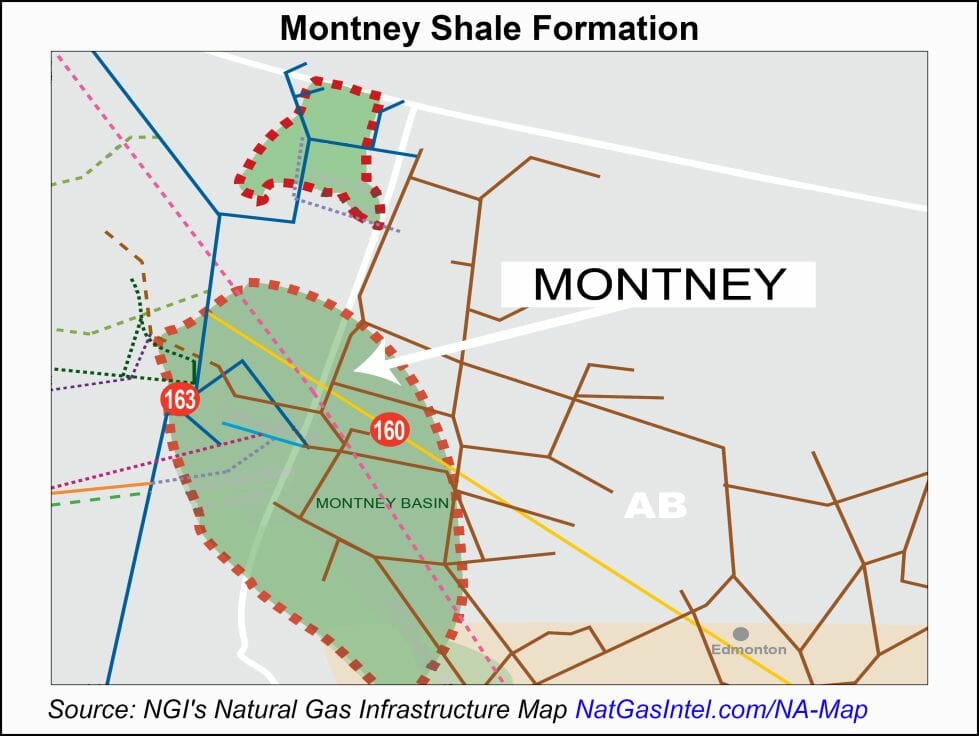 In the all-stock deal, Arc agreed to trade stock worth about C$2.7 billion ($2 billion) for all 333.4 million shares of Seven Generations, aka 7G. Including debt, the transaction is valued at an estimated C$8.1 billion ($6 billion).

The combination, executives said, “is expected to generate significant free funds flow” because of the prolific Montney resources. The tie-up also brings together a “network of owned-and-operated infrastructure, with natural gas processing and sales capacity of approximately 1.5 Bcf/d.”

Initial annual sustaining capital requirements were estimated at about C$1 billion ($790 million). Cost savings and synergies from the combination are expected to drive around $110 million ($87 million) in annual cash flow improvements by 2022 through “corporate cost savings, operating efficiencies, market optimization opportunities and drilling and completions efficiencies.”

By enhancing market diversification activities, the combined company “will have the ability to access multiple downstream markets across North America and will execute an active risk management program with a long-term focus on reducing volatility in funds from operations,” executives said.

In addition to the E&P heft in the combination, executives said the merger would advance “operational excellence and elevate their standing” as a company focused on environmental, social and governance. They noted that Arc and 7G currently deliver “the lowest greenhouse gas emissions intensity” among their Canada E&P peers.

The preliminary pro forma 2021 outlook estimates capital investments of C$1-1.1 billion ($790-870 million), primarily focused on sustaining production at core operating properties. About 60% of production is to be produced in Alberta, with the remaining 40% in British Columbia (BC).

The Montney straddles the two provinces. Montney resource projections in the BC region alone are expected to help push the province to the No. 1 gas jurisdiction in Canada within 20 years, surpassing Alberta.

The Montney is considered paramount to supplying gas to the Royal Dutch Shell plc-led LNG Canada export project underway in Kitimat, on the BC coast. TC Energy Corp.’s Coastal GasLink initially is to transport more than 1.7 Bcf/d from the Montney, Horn River and Cordova basins.

Once the transaction is complete, Arc shareholders would own 49% of the company, with 7G shareholders owning 51%.

Arc and 7G directors unanimously have approved the agreement. The Canada Pension Plan Investment Board, which has been a 7G shareholder since 2012 and which controls 16.8%, agreed to vote in favor of the merger. A joint information circular regarding the transaction is expected to be mailed to shareholders by the end of February. Assuming approvals, the transaction could be completed by mid-year.