A seven-year dispute has ended in an agreement by Trans Mountain Pipeline to reroute its expansion project by building a bypass around a native rights sore spot in southern British Columbia (BC). 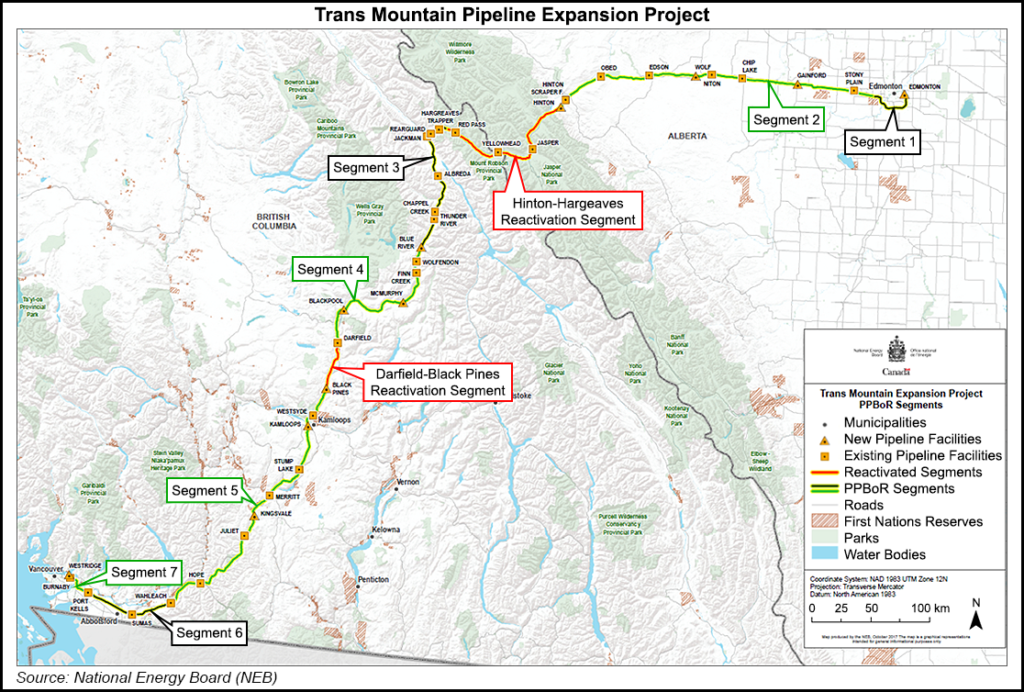 The deal, filed late Friday with the Canada Energy Regulator (CER), charts the new course to avoid risking contamination of a subterranean aquifer tapped by the Coldwater Indian Band beneath its reserve near Merritt.

The detour would only lengthen the crude oil pipeline by 2.9 kilometers (1.7 miles) but requires 18.3 kilometers (11 miles) of new right-of-way. Engineering, construction, environmental and consultation plans for the change fill a 609-page CER filing.

The agreement on the bypass followed a critical verdict by the Geological Survey of Canada (GSC), a federal government agency, on the pipeline’s initial proposal to use its original 1953 route across the Coldwater reserve.

The GSC rated the earth science involved in the first construction plan as incomplete and unreliable. Disputes that erupted when Trans Mountain filed its expansion application in 2013 barred access to the Coldwater reserve for preliminary technical work.

By participating in regulatory and court challenges, the tribe secured a project approval condition that required a special study of risks to its water supply and alternative routes for the expanded pipeline that would reduce or eliminate hazards.

Trans Mountain requests brisk action on the reroute. To hit the expansion’s completion target of December 2022 CER acceptance is sought by April so construction can start next August after final review and approval by the federal cabinet.

Trans Mountain still seeks a contested path for its expansion through another BC native sore spot, a dispute with Sema’th (Sumas) First Nation over crossing a burial ground called Lightning Rock on its reserve near Vancouver at Abbotsford.