Sponsors of liquefied natural gas (LNG) export projects on Canada’s Pacific coast were urged Wednesday by an industry-supported study to give high priority to establishing cooperation with native communities. 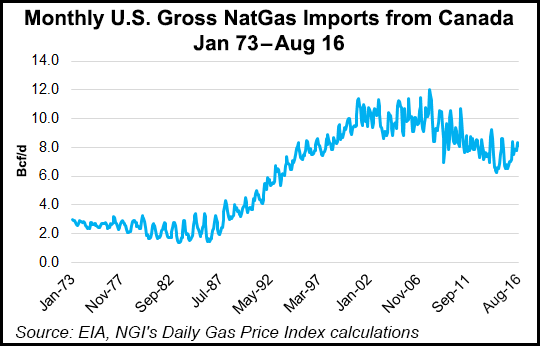 “The importance of achieving and maintaining positive relationships with Indigenous groups potentially affected by a proposed project cannot be stressed enough,” said the Canadian Energy Research Institute (CERI). “Effective consultation and engagement with indigenous groups is one of the most critical factors for the success of the project,” researcher said in the book-length study “Risk Analysis of British Columbia Natural Gas Projects: Environmental and Indigenous Peoples Issues.”

In Canada, constitutionally protected native special status and territorial rights heighten environmental hurdles that may otherwise be cleared by industry-standard damage control and repair practices. The obstacles are tallest in British Columbia (BC), where nearly all of Canada’s proposed LNG terminals would be sited. Pacific coast sites are proposed by 20 of the 25 Canadian LNG export terminal projects, and industry has done better at securing deals with native communities than the federal and provincial governments.

“While British Columbia has fewer than one-fifth of Canada’s indigenous and First Nations peoples, it is characterized by the greatest diversity of indigenous population and culture in Canada representing 198 First Nations, about one-third of all First Nations in Canada.” BC “also presents a unique landscape of Aboriginal rights and interests, with the history of treaty-making substantially different from this process for the rest of Canada.”

The biggest difference is an absence of 19th and early-20th century treaties, negotiated by the national government to open territory for peaceful settlement, which define native territories and rights in most of the rest of Canada. The lone exception was an 1899 pact with eight aboriginal communities straddling northeastern BC and northwestern Alberta.

Efforts have been underway since the early 1990s, but with limited success, to settle generations-old, unresolved and competing native land claims covering almost all of BC â€“ a 944,735 square -kilometer (364,667 square-mile) jurisdiction 36% bigger than Texas, which is 695,662 square kilometers (268,525 square miles). Only four of BC’s First Nations have completed the process.

CERI observed that records of the BC Ministry of Aboriginal Relations and Reconciliation show 90% of native groups affected by pipelines proposed for LNG terminals have made benefits agreements with the project sponsors. The two Asian entries at the head of the terminal lineup — Woodfibre LNG, with a site near Vancouver, and Pacific NorthWest LNG at Prince Rupert — have secured agreements with a majority of native communities in their areas.

But CERI researchers pointed out that Canadian constitutional doctrine draws a sharp line between native rights and community benefits agreements. The commercial deals do not diminish aboriginal power to object against environmental or territorial rights effects of projects.

Environmental objections are on the rise as communities learn about the multi-billion-dollar scale of LNG projects and their plans to obtain shale gas supplies with heavy use of horizontal drilling and hydraulic fracturing.

“There is a growing concern about the cumulative impacts of natural gas development,” the CERI report stated. “Cumulative impacts are of particular concern for indigenous groups, with many of them unsatisfied with the adequacy of cumulative effects assessment of past, present and reasonably foreseeable industrial activity in their traditional territory.”