Pipeline, processing and storage capacity additions would be needed to replace natural gas with zero-carbon hydrogen, according to a review of emerging international fuel substitution goals issued Wednesday by the Canadian government. 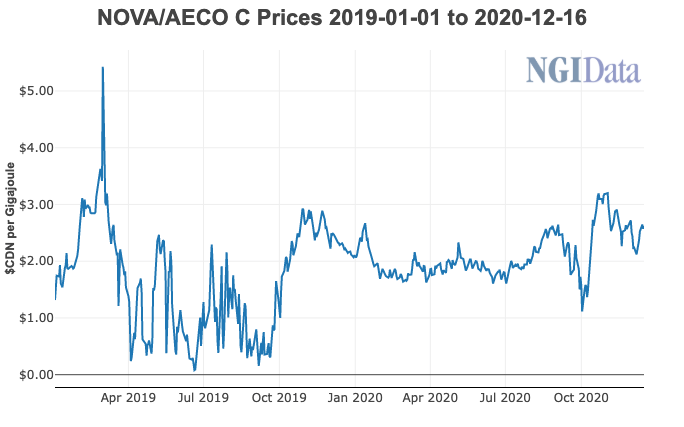 “At any pressure, the volumetric energy density of hydrogen is about one-third that of natural gas,” said the 141-page report, Hydrogen Strategy for Canada: A Call to Action. “Delivering the same amounts of energy to users would therefore necessitate increased volumetric flows.”

With the report’s release, Natural Resources Minister Seamus O’Regan vowed to make Canada a global leader in the field.

“Hydrogen’s moment has come,” he said.

However, replacing carbon-emitting fossil fuels would require more than only expanding current facilities and refilling them with hydrogen.

“There will be a need for dedicated infrastructure, such as hydrogen pipelines and liquefaction plants,” researchers said.

“Hydrogen pipelines may offer a unique low environmental risk alternative to move energy within Canada, though local land disruptions through Indigenous territories will still need to be considered,” the report noted. “Early and meaningful engagement on all aspects of hydrogen production, distribution and deployment will be essential.”

Residential, commercial and industrial consumers would also have to be turned into hydrogen supporters, the research suggested. Convincing the public might be achieved by government policies, such as carbon taxation, which increase the cost of fossil fuels by adding costs attributed to their greenhouse emissions.

“Hydrogen is not yet cost-competitive compared to conventional fuel options,” researchers noted. “For example, hydrogen used as a carbon-free heating fuel is about five times more expensive than natural gas.”

The government called the hydrogen strategy review a “strategic directional document” that creates a “framework” for charting a “decarbonization pathway.” Instead of announcing action, the report lists topics requiring further work by federal and provincial authorities.

A recent report by Wood Mackenzie said hydrogen is expected to play a bigger role in the world’s energy mix and it would pressure gas demand. Green hydrogen could become a “gamechanger in the long term, emerging as a key competitor to gas consumption toward the end of 2040 and achieving a 10% share in the total primary energy demand by 2050,” researchers said.

The Canadian report follows the introduction of environmental legislation by O’Regan’s Liberal government that would declare a GHG-emissions elimination target of net-zero by 2050 and create an expert advisory committee.

The report noted that Canada’s natural resource endowment, especially of natural gas that would be the raw material for most of the zero-carbon fuel, could cut annual emissions by 190 million tons, increase exports and support 350,000 energy jobs.

“There is no doubt Alberta will play a leading role in the future of Canada’s clean hydrogen economy,” said Alberta Energy Minister Sonya Savage.

Gas Minister Dale Nally added that the Alberta government was “also working on our own hydrogen road map. In fact, last week we met with almost 100 organizations — including industry partners, researchers, environmental groups and others — to identify the unique opportunities we have to advance the industry in Alberta.”