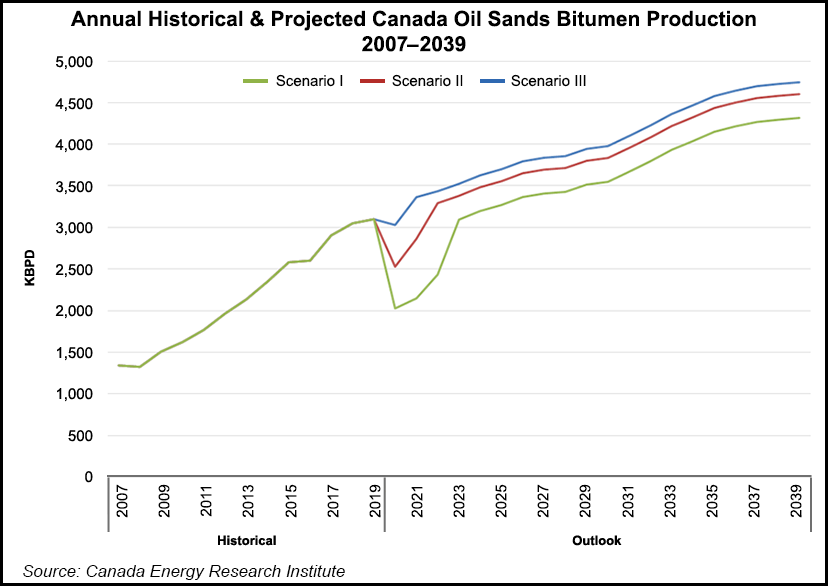 The run rate synergies achieved by the corporate marriage of Cenovus and Husky are expected to annually save C$1.2 billion ($900 million) in combined costs of administration and operations in Canada, the United States and overseas, the independent producers predicted.

“We will be a leaner, stronger and more integrated company, exceptionally well suited to weather the current environment and be a strong Canadian energy leader in the years ahead,” said Cenovus President Alex Pourbaix.

About half of the forecast cost savings are forecast to be generated by shaving more than C$600 million ($450 million) off combined annual capital spending on natural gas and oilfield supply operations and refineries, executives said.

Natural gas liquids dominate the combination. Cenovus has capacity for about 417,000 b/d and Husky has about 208,000. The pair’s natural gas production capacity adds up to 674 MMcf/d.

The combination would have interests in six refineries, with Wood River in Illinois, Borger in Texas, Superior in Wisconsin, Toledo and Lima in Ohio, and Lloydminster on the border between Alberta and Saskatchewan.

The takeover is scheduled to close in early 2021. The deal commits Cenovus to trade 0.7845 of each share for each Husky stock, a 21% premium over current trading.

The boards of each company have unanimously approved the takeover. Husky’s Chinese 70% owner, a trust belonging to the Li Ka-shing business family in Hong Kong, has agreed to the transaction.

Several big mergers have been announced recently by U.S.-based producers.

On Monday, Houston-based Contango Oil & Gas Co. announced an all-stock merger with Mid-Con Energy Partners LP. Contango works the shallow waters of the Gulf of Mexico and across the Lower 48, mostly in Louisiana, Oklahoma, Texas and Wyoming. Mid-Con focuses on enhanced oil recovery primarily in Oklahoma and Wyoming.