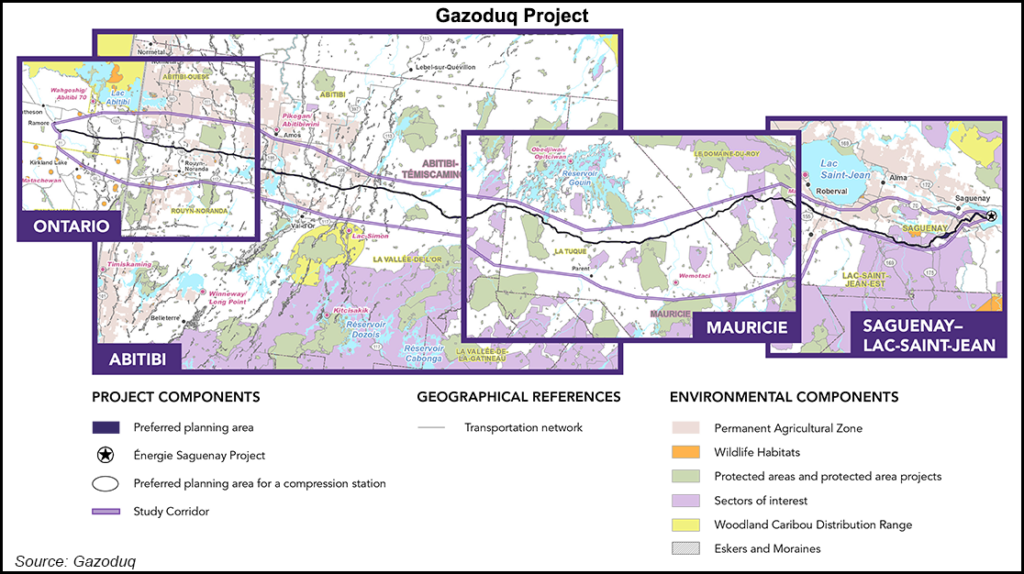 The committee’s mandate is limited to providing information on overall relationships between native communities and industry. Powers of decision on industrial project approvals and enforcement of standards remain with judge-like CER commissioners.

“The IAC does not deal with specific CER-regulated projects, detailed operational matters or regulatory decision making, nor does it provide advice on any particular decision, order or recommendation,” said the announcement about the new group.

The IAC emerged from a Canadian regulatory “green new deal” created by the hotly debated 2019 Impact Assessment Act. The legislation expanded environmental reviews to include effects of industry on communities, women, natives, health and climate change, as well as the land, air, water and wildlife.

The initial project in the crosshairs of the IAC is a proposed Quebec natural gas pipeline, Gazoduq Quebec, a C$5 billion ($3.8 billion) supply system that would serve the proposed Energie Saguenay liquefied natural gas terminal.

Gazoduq is the first pipeline test case for the Impact Assessment Act, with its plan to carry up to 1.8 Bcf/d across 470 miles of Ontario and Quebec to the proposed export terminal.

The extended federal and provincial environmental assessment for Gazoduq began in July.

The list of approval requirements for Gazoduq fills a 183-page instruction manual for hearings by a combined panel of the Impact Assessment Agency of Canada and the Bureau d’audiences publiques sur l’environnement du Québec.