It will take more than $100/bbl oil and an energy crisis in Europe for Lower 48 exploration and production (E&P) firms to substantially raise production, according to executives from three leading onshore producers who spoke at the CERAweek event in Houston. 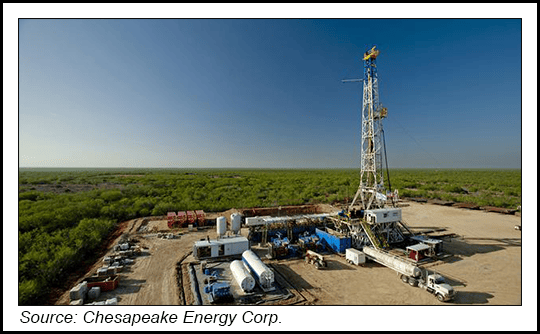 Sheffield, who helms one of the largest oil and gas producers in the Permian Basin, cited steep backwardation in the long-term oil price curve as evidence that the market does not expect supply constraints to linger. Short-term, he said Saudi Arabia and the United Arab Emirates are the only countries in position to replace a meaningful portion of the supply lost from Russia.

“Longer term, it could be U.S. shale and Canada,” Sheffield said. Those North American countries, he noted, accounted for most global supply growth over the last decade. He also offered a dose of pessimism about current circumstances.

Sheffield said despite the war in Ukraine, investors are telling him not to expand oil and gas production. He told the audience they have said, ‘“Scott, do not grow more than 5%, regardless.”

He didn’t rule out that this mindset could change, particularly if the humanitarian conflict worsens and the supply-demand picture tightens further, but “none of us are going to jump out.” He added, “and then you’ve got to deal with the supply constraints,” and shortages of labor and materials such as fracturing sand. “It would take a good 18 months to get the industry going again to grow a lot more than the projections that people are showing.”

Sheffield shared the stage with Chesapeake Energy Corp. CEO Nick Dell’Osso, who expressed a similar view. Chesapeake, one of the largest natural gas producers in the Lower 48, produced on average about 539,000 boe/d net in the fourth quarter. Natural gas accounted for 85% of the total.

For E&Ps to pursue annual production growth beyond the low single digits, “we have to see a real structural change in the supply-demand situation,” Dell’Osso said. He explained that “we know our industry is still relatively closely matched” for supply and demand, “both on the oil side and on the gas side.”

As a result, “we don’t really see that there’s a call for significant incremental supply,” Dell’Osso said. “You do see volatility in price…but overall, the level of gas that we produce today quite well meets demand.”

Demand has changed over the last several years on the gas side because of incremental liquefied natural gas (LNG) exports, Dell’Osso said. As a result, U.S. gas production has transitioned from an era of “significant excess” to “a level that we’re meeting that incremental export” demand while “delivering all the supply needed to meet demand domestically here in the U.S.”

Europe might be able to use increased supplies of U.S. LNG to ease dependence on Russian gas. However, liquefaction terminals are operating at or near capacity.

“We don’t have the ability to impact that directly today,” Dell’Osso said. Doing so would require “significant dollars” invested in capacity.

Also on the panel was ConocoPhillips’ Tim Leach, vice president for the Lower 48.

“Historically, accelerating investment into an inflationary environment has never been a great idea,” Leach said.

“For us, it doesn’t really matter that much what the oil price is today or this week or this month.” The Houston-based independent makes its plans based on the expected average oil price for a year-long cycle, Leach said. “So I think trying to take the long-term view is really what creates value for our shareholders.”