A utility plant trip that knocked out Cameron LNG’s three liquefaction trains earlier this week has been fixed, a spokesperson said. 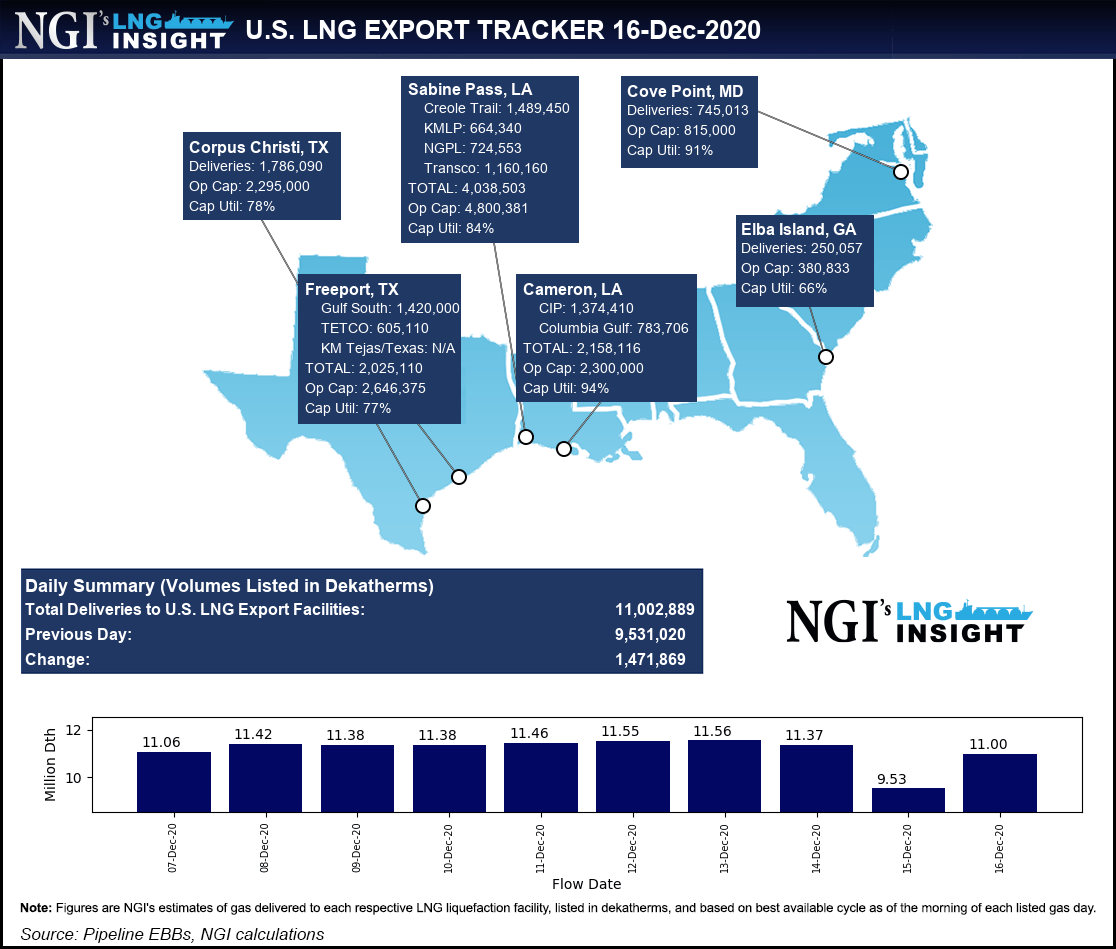 It’s unclear what caused the incident, but Cameron said Tuesday the outage occurred overnight. “The issue is now resolved, and the operations team is in the process of restarting the trains,” said spokesperson Anya McInnis on Wednesday.

Feed gas volumes to U.S. export terminals, which have been at record levels above 11 Bcf/d most of the month, dipped after the incident. Flows dropped from 11.37 Bcf on Monday to 9.53 Bcf on Tuesday, according to NGI’s U.S. LNG Export Tracker. Feed gas deliveries bounced back to 11 Bcf on Wednesday as the global gas market remains strong for exports.

Cameron’s three trains can produce 12 million metric tons of LNG per year, or 1.7 Bcf/d. The facility, located in Hackberry, LA, was offline for a month between August and September after Hurricane Laura made landfall. Operations again were disrupted in October when two vessels and an oil rig sank in the Calcasieu Ship Channel, which prevented LNG carriers from reaching the facility.