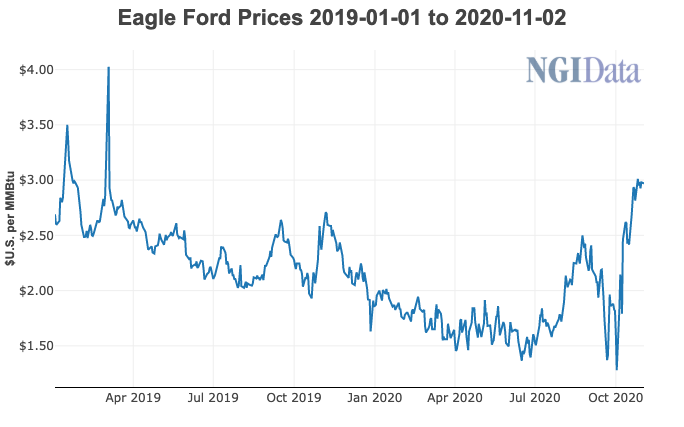 Net production jumped 170% to 102,000 boe/d year/year, above expectations, while capital spending was $38 million, below consensus. The top end of operational capital spending guidance has fallen by 15% since May, and lease operating expenses have declined by 10% sequentially to around $4.89/boe.

“Well performance from our modified stacking and spacing program has met or exceeded expectations, confirming the merits of our life-of-field development model that will preserve the future value of our inventory while simultaneously delivering near-term economic returns at current strip prices,” CEO Joe Gatto said.

“Moreover, our focus on cost control and operational efficiency through scaled development is pushing us toward even lower cost thresholds that should generate improved cash flow and lower break-even pricing over time.”

The operations team posted “meaningful gains that bolstered our free cash flow generation to approximately $100 million over the last two quarters,” the CEO said. “These achievements, coupled with our recent strategic initiatives to improve liquidity and propel our debt reduction efforts, have placed us in a much better position as we look to close out 2020 with the resumption of moderated development across all three of our asset areas.”

At the end of September, Callon had nearly 1,306 net horizontal wells combined that were producing from the Permian’s Midland/Delaware sub-basins and the Eagle Ford.

Callon did not drill any horizontal wells between July and September, but it placed online a combined 11.4 net wells late in the quarter. Two completion crews were reactivated, one each in the Eagle Ford and Delaware, to complete previously drilled multi-well projects.

Since then, one completion crew has been released and three rigs have resumed operations. Two rigs were working in the Midland and Delaware during September, with the third reactivated during October for the Eagle Ford. Callon expects to operate three rigs and a single completion crew to the end of the year.

The Eagle Ford wells placed on production late in the third quarter averaged more than 2,000 feet of completed lateral/day. The combined six wells cost slightly under $475/lateral foot, with an average completed lateral length of 7,500 feet.

In the Delaware, the six-well Amphitheater pad was placed on production averaging a completion pace of under nine stages/day or nearly 1,800 lateral feet/day. Amphitheater averaged 9,400 feet/well with an average well cost of under $8 million, or $825/lateral foot.

Initial production from the six-well Amphitheater pad recently reached a per-well average of 1,200 boe/d-plus, with  total cumulative production of more than 140,000 boe. More than 95% of the volumes sourced for completions used recycled produced water from Callon facilities.

The focus for 2021 is to be on “debt reduction efforts, maintaining a low-cost development and operations structure, and creating durable and cogent changes that not only enhance shareholder returns but also positively impact our employees, communities and our broader stakeholder group,” Gatto said.