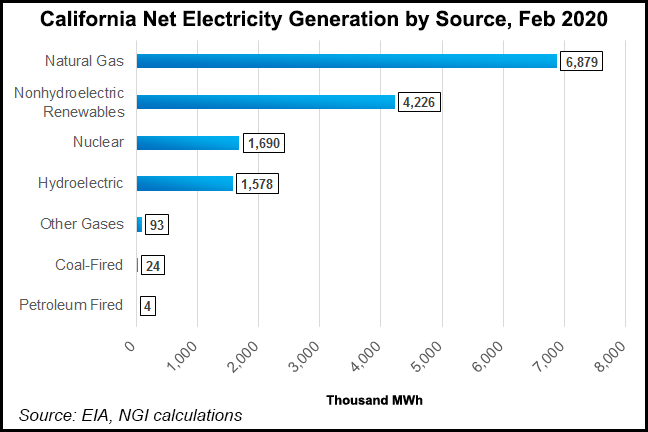 Construction is to begin in July with startup by next May, Strata’s Will Mitchell, origination director, told NGI. Strata is using Tesla Inc.’s Megapack Battery System for the storage facility.

Gas-fired generation has been de-emphasized in recent years with a long-standing ban on coastal, seawater-cooled plants. There are two in Ventura County.

“The talking points from two-and-a-half years ago about natural gas needing to be a bridge for California has proven to be not necessary,” said Mitchell. He noted that competition has driven down the costs of renewables and scaled up manufacturing.

Ventura Energy Storage is to cover about three acres. A second battery project is being planned at Camarillo Airport industrial park.

Construction is expected to take up to seven months. Eventually the storage used by SCE would be connected to a major transmission line stretching from northern Los Angeles County to Santa Barbara County.

SCE spokesperson Robert Laffoon Villegas said the Strata contract was the result of two requests for storage projects by the Edison International utility in the wake of the leak and shutdown at Aliso Canyon, the underground gas storage facility.

“Financial terms remain confidential as SCE is a regulated entity as well as a market participant,” he said.