California’s major utilities have been told to continue pushing forward with enhanced wildfire mitigation plans despite statewide shelter-in-place mandates regarding the Covid-19 pandemic. 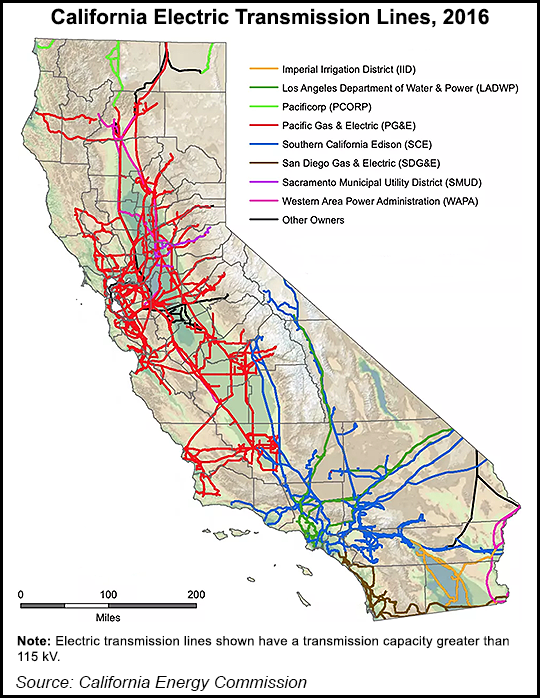 In a letter from fire, emergency response and regulatory officials, utilities were urged to “continue to prioritize essential safety work, including necessary coordination with local jurisdictions, especially regarding planned outages.” Utilities also were asked to be “extremely thoughtful and judicious” in prioritizing the public service power shutoffs.

More challenges from wildfire threats are expected this year because the 2019-2020 winter season overall was dry, except for March storms that were restricted to the southern half of the state. January and February usually are the wettest months of the year.

“Low snowpack in the high country and the lack of precipitation during the usually two wettest months has caused moderate drought over the Sierra and abnormally dry conditions across most of the rest of central California and the northern portions of Southern California,” according to the letter sent last week by the California Department of Forestry and Fire Prevention (CalFIRE), Office of Emergency Services (OES) and the California Public Utilities Commission (CPUC).

SDG&E released videotape footage of field crews working to harden its transmission system. PG&E spokesperson Ari Vanrenen said the combination utility has issued internal guidance to “identify the essential work that must continue for the benefit of our customers and communities.”

Edison International utility SCE “provides an essential service for our communities, and the Covid-19 emergency has brought that into sharp focus,” said Edison CEO Pedro Pizarro. “Our employees are determined to operate and maintain the grid in these challenging times when customers need service most.”

In other news, utilities are opposed to a California Senate proposal to hold major utilities’ feet to the fire for allegedly causing local economic harm with planned public safety power shutoffs (PSPS).

“PG&E’s PSPS protocols were included in our 2019 wildfire mitigation plan, per SB 901,” enacted in 2018, Flemings said. “The PSPS protocols were designed to keep our customers, their families and communities safe during periods of extreme weather and heightened fire risk.”

In outlining its opposition, SCE said the measure would increase the risk of more wildfires in the state and attempt to penalize utilities. SB 378 prioritizes penalties over public safety, said SCE’s Andrew Baldonado, managing director for state public affairs.

Patrols after recent PSPS events “found several instances of equipment damage and tree branches contacting power lines that could have ignited a fire, but they didn’t,” he said.

Meanwhile, a U.S. federal bankruptcy judge in San Francisco has dismissed a class action lawsuit alleging that PG&E should be held liable for economic damages it caused with four PSPS events in Northern California last year.

Noting the court filing circumvented the CPUC, which approves PSPS plans, Judge Dennis Montali said the plaintiffs, some of whom were without power for more than two weeks in multiple shutoffs, were “usurping and interfering” with regulatory authority.