While the physical risks of California wildfires are projected to increase, actions by courts, lawmakers and regulators over the past 12 months have lowered the state’s financial exposure, according to Moody’s Investors Service. 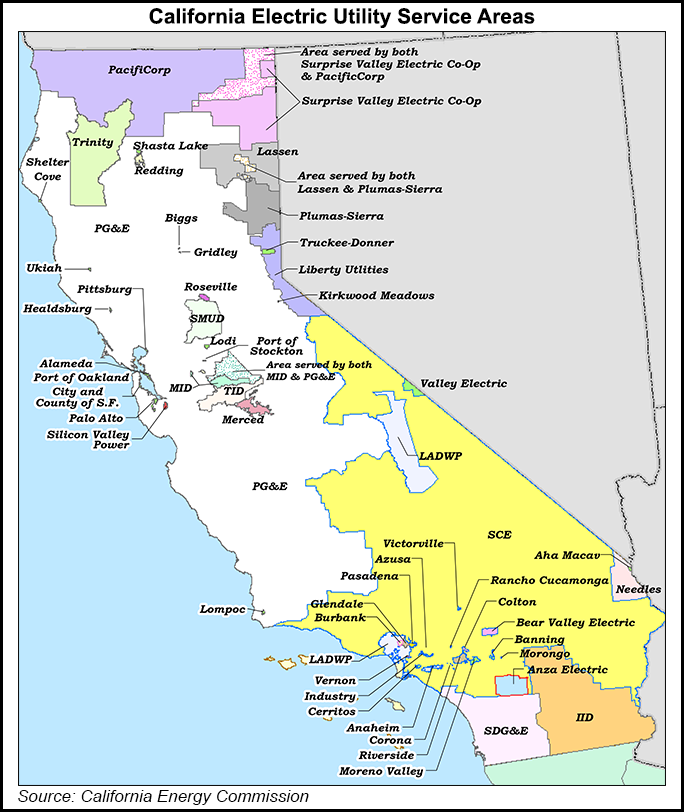 About half of the 20 most destructive wildfires in California occurred during the last five years, and 60% of the 20 largest fires during the last 15 years, Moody’s said. Among the top five in each category involved one of the state’s three major IOUs.

Public sector power providers have inherent advantages over their IOU colleagues, according to the analysis, as they are relatively smaller and urban-based; are resilient to wildfire settlements; have local, state or federal support; and share exposure in transmission/generation joint action agency projects.

“The POUs are also better able to manage the financial risk through their own levers, including their ability to bond for any catastrophic settlements and recover these costs through their self-regulated rate-setting ability,” analysts said.

Within the past year a combination of legislative and court actions has given California’s IOUs and POUs some breathing room where the legal concept of inverse condemnation still looms large.

Last year the state enacted a wildfire relief law requiring all utilities to have annual mitigation plans that would be certified to ensure they have “acted reasonably” during wildfire-linked events, analysts said. Regulators also must consider circumstances beyond a utility’s control, such as the weather.

Also last year, the California Supreme Court drafted a two-part test to claim an inverse condemnation (IC) against a public entity. The court clarified IC by stating “public entities are not strictly or otherwise automatically liable for any conceivable damage bearing some kind of connection, however remote, to a public improvement.” That relaxes the historic “strict liability” application, Moody’s said.