California regulators on Thursday reiterated their intention to help move the state away from fossil fuels as part of support for statewide decarbonization to mitigate climate change. 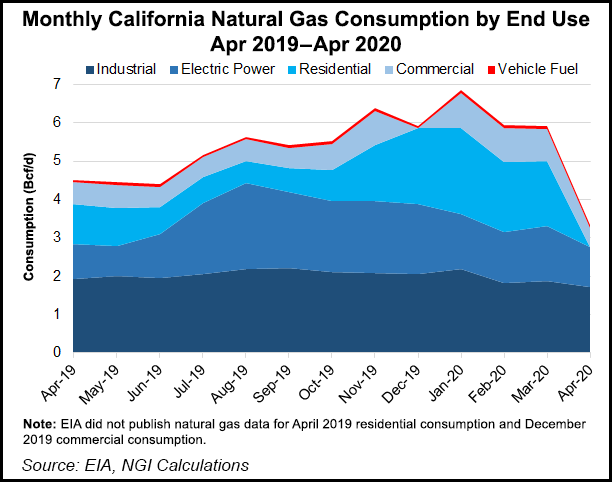 The five members of the California Public Utilities Commission (CPUC) underscored their preference for electrification in unanimously taking action to require wireless communications providers to ensure uninterrupted service during emergencies, including wildfires and planned power outages to help prevent fires.

Like their energy utility colleagues, wireless providers are being mandated by the CPUC to develop “comprehensive resiliency plans” for making necessary investments to maintain service during disasters. For the near-term, those plans can include fossil-fuel generated backup power, but eventually they will be expected to come up with noncarbon solutions.

“We know the need for backup power today has increased, and we know it is not tenable to rely on diesel or natural gas generation for the longer term,” said Commissioner Clifford Rechtschaffen. “While this decision allows fossil fuel generation to be used as backup in the short term, that is not our long-term objective or strategy.”

Rechtschaffen said under the new program the wireless providers will be required to provide a timeline and plan for moving to renewable generation for backup power during PSPSs, fires and other emergencies. “We need to be unmistakably clear on this issue,” he said.

Batjer said she has made this point clear to the communications utilities that the state needs to develop more renewable-based backup power. “We look forward to the day when all of the state’s backup power is clean, and I think we made that rather clear in this decision and the microgrid decision,” she said.

Commissioner Liane Randolph said the CPUC members definitely view diesel and gas-fired backup generation as a “stopgap.” Since this year’s fire season is already underway, using the fossil-based backup is allowed, but “it really is temporary,” Randolph said.

The CPUC will be conducting a workshop in August for commissioners, staff and stakeholders to examine all of the nonfossil fuel options now available.