The California Energy Commission (CEC) has approved a $10.5 million grant to transform the Port of Humboldt Bay into an offshore wind terminal that could support the development of 1.6 GW of wind energy. 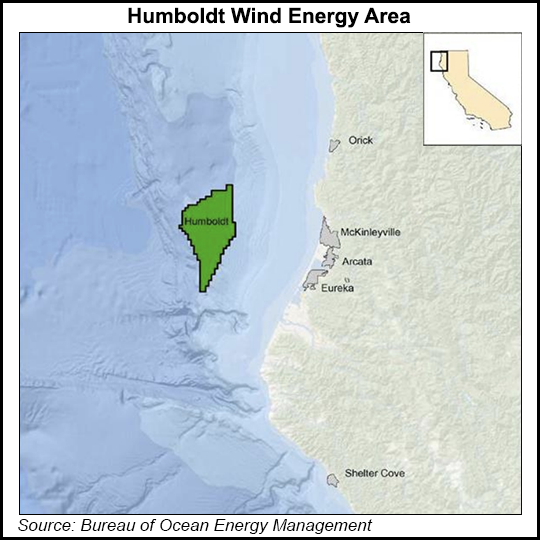 Humboldt Bay, located on the coast of northern California, “has the optimal conditions to serve as the primary port for the offshore wind industry for the entire West Coast,” said Harbor District board president Greg Dale.

California Gov. Gavin Newsom joined members of the Biden administration in May 2021 to announce the state would be advancing with at least two offshore wind energy areas (WEA), including Humboldt Bay and central California’s Morro Bay.

Together, the Humboldt Bay and Morro Bay WEAs could supply up to 4.6 GW of wind energy to the grid. The BOEM has since undertaken assessment activities for the Humboldt WEA.

Funding for the Humboldt terminal project will be used to conduct preliminary engineering and design work for the terminal. The CEC noted that initial funds may also draw in federal grants for project construction.

Moreover, the proposed 2022-2023 Governor’s Budget for California allocates $45 million for additional investments to advance the development of wind energy.

The potential California WEA leases add on to a growing list of wind energy projects taken on by the Biden administration in its efforts to bring online 30 GW of offshore wind energy by 2030.

In February, the Department of Interior announced the winning companies of the New York Bight offshore wind lease sale, which could bring 5.6 GW of wind energy to the grid. Other potential wind energy lease sales that could occur by 2025 include offshore the Central Atlantic, Gulf of Maine, Gulf of Mexico, offshore Oregon and in the coastal waters of the Carolinas.