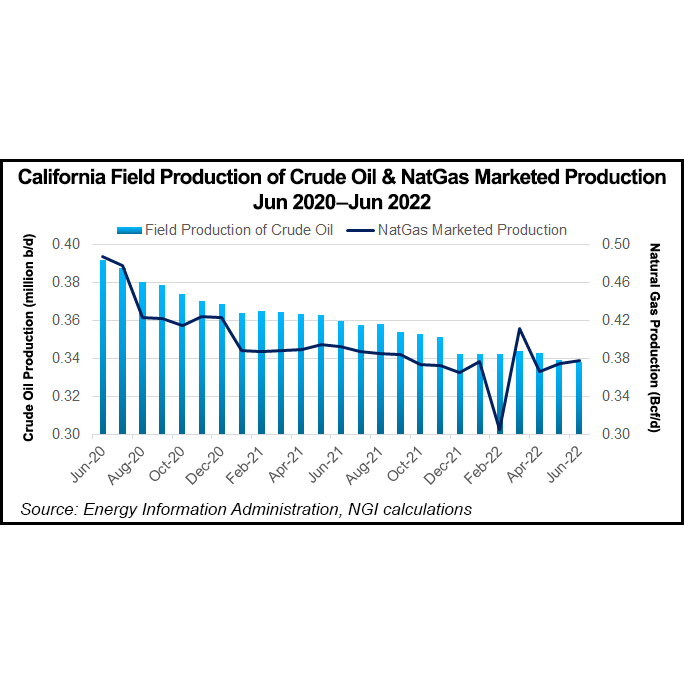 Beginning in 2023, oil and gas operators in California will not see requests to drill within 3,200 feet of a home, school, park, hospital or business open to the public, aka sensitive receptors, approved by California’s Geologic Energy Management Division (CalGEM).

“This is one-tenth, this is the trajectory of the impact [SB 1137] would have on California domestic oil,” Gonzales, who also introduced the bill, said. “There are about 10,000 jobs statewide that would be impacted” with the passage of the bill.”

Oil and natural gas operators within a 3,200-foot radius, dubbed a health protection zone, of a sensitive receptor are now required to implement measures to reduce noise and light pollution, as well as odor and dust.

SB 1137 also added pollution controls to existing oil wells within the 3,200-foot radius of a sensitive receptor. Operators now must submit a leak detection and response plan to CalGEM and the California Air Resources Board (CARB) by 2025, and implement an approved plan by 2027. If an approved leak detection and response plan is not implemented by 2027, operators will be required to suspend operations in that health protection zone.

Sen. Shannon Grove (R), who rose in opposition to SB 1137 during the final session of the season, said the bill “would impact 5,334 active production wells” and “2,950 injection wells” in California 16th Senate District, which Grove represents.

California Resources Corp. (CRC), the state’s largest exploration and production (E&P) independent based on mineral acreage, said it is evaluating the impact the legislation will have on its assets, “in particular the Wilmington and Huntington Beach fields in the Los Angeles basin,” but “the majority of our production is in rural areas in the San Joaquin basin and is unlikely to be affected,” CRC’s Richard Venn, senior director for communications, told NGI.

“Based on a preliminary review, we estimate that this bill will reduce the net present value of our proved undeveloped reserves by less than 25% and therefore our overall proved reserves by less than 10%. These preliminary estimates include both the elimination of any reserves associated with projects prohibited by this legislation, as well as the acceleration of other substitute projects within the five-year period associated with our proved reserves,” Venn said.

“We do not expect this bill to result in any change in our existing proved developed producing reserves or current production rates or any material change to the timing of plugging and abandonment liabilities,” Venn said. “As a result of this bill, CRC’s development plans will change but it does not currently expect its overall pace of development to be affected materially.”

The setback legislation crossed Newsom’s desk last week along with a flurry of other proposals meant to bolster the California Climate Commitment, the governor’s $54 billion investment package. According to Newsom’s office, the state’s commitment will reduce the state’s oil consumption by 91%, reduce fossil fuel use in buildings and transportation by 92% and cut refinery pollution by 94%.

SB 905 and SB 1314, for example, establish a Geologic Carbon Sequestration Group to report to CARB and assist in the creation of a regulatory framework for carbon capture, utilization and storage (CCUS) technologies, but ban CCUS for enhanced oil recovery, according to the governor’s office.

The E&P announced during its second quarterly earnings conference call a joint venture (JV) through its subsidiary, Carbon TerraVault, and Brookfield Renewable Partners LP. The JV would aim to inject five million metric tons of carbon dioxide (CO2) by 2027, and develop 200 mmt of CO2 storage. The targets would require about $2.5 billion of capital, according to CRC.

“…Climate change needs to be addressed through thoughtful and responsible government and private sector policies, including the use of CCS to reduce carbon emissions. CRC has a long history of operating in California under some of the most stringent regulations in the United States,” Venn told NGI.

Venn said regardless of SB 1137, the E&P “continues to invest in leak detection technology in our ongoing pursuit to reduce operational emissions, which underscores our 2045 Full-Scope Net Zero Goal for Scope 1, 2 and 3 emissions.

“In 2021, CRC partnered with…CARB and Carbon Mapper on remote surveillance of our operations using airplanes in the San Joaquin Valley to further reduce unintentional emissions and thus reduce both methane and other emissions.

“In addition, CRC performs its own enhanced emissions monitoring by exceeding the minimum required inspection frequency in many of our fields and employing enhanced detection capabilities such as optical gas imaging Forward-Looking InfraRed cameras,” Venn said.