California’s trade organization for promoting hydrogen as a more widely used transportation and stationary fuel has endorsed Southern California Gas Co.’s (SoCalGas) initiative to shift increasingly to the use of renewable natural gas (RNG), or biomethane, seeing there is an opening for hydrogen ultimately becoming the primary source of decarbonized gas produced at a mass scale. 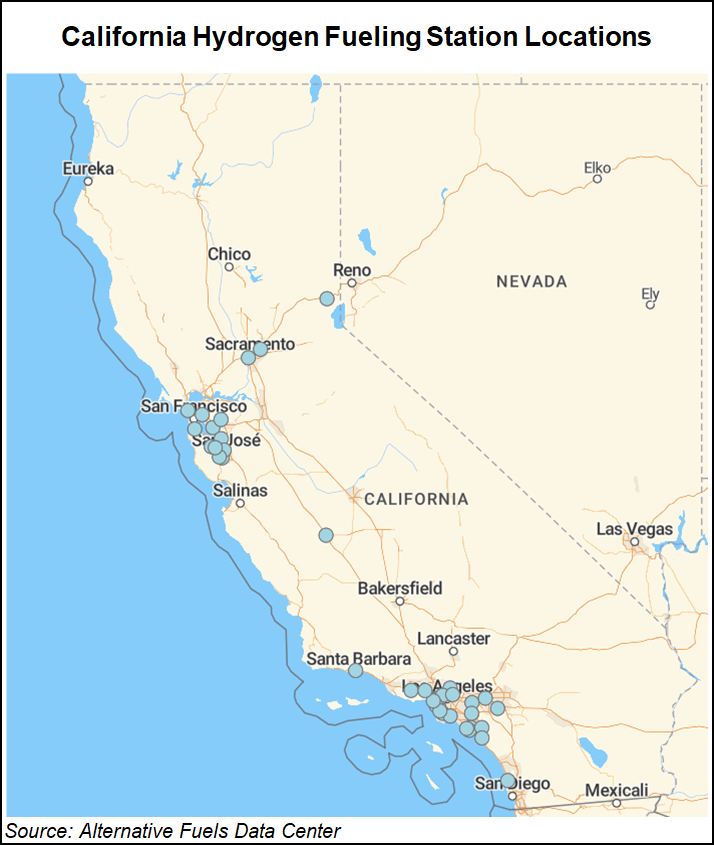 The California Hydrogen Business Council (CHBC) lauded SoCalGas for setting a goal of having 20% RNG in its utility distribution system by 2030, calling it a “groundbreaking step” to help the state continue its “leadership as a clean energy pioneer.” Leaders in the hydrogen sector have long touted the synergies with the nation’s extensive natural gas infrastructure network.

“Renewable hydrogen, which can be blended in limited quantities into the existing traditional natural gas supplies, can be made from organic feedstocks, and the most promising pathway for high volume production is to power electrolysis with renewable electricity to split water into hydrogen and oxygen,” a CHBC spokesperson said.

Eventually, what’s called “electrolytic hydrogen,” is the ultimate decarbonization strategy as researchers and engineers pursue this path in Germany and the United Kingdom, the council said. “Renewable hydrogen and its derivatives stored in the existing gas system network can provide the only known long-duration seasonal storage at the terawatt-hour scale,” CHBC said.

Separately this month, CHBC joined with the Alternative Clean Transportation (ACT) organization that stages an annual exhibition and conference in sponsoring a webinar on Thursday to discuss the pros and cons of adapting hydrogen-fuel cell technology for use at major ports to reduce greenhouse gas emissions from heavy ship and truck traffic. Chris Cannon, environmental director for the Port of Los Angeles, said his organization is “all-in” for hydrogen technology, but the costs are still too high and have to come down.

In Washington, DC, this month, the NGVAmerica trade organization supported two moves on a national level to boost the development of more Natural Gas Vehicles (NGV) in transportation — one by the Department of Energy (DOE) and the other from Congress.

On another front, NGVAmerica President Daniel Gage thanked Democrats in the U.S. House for holding a hearing this month on temporary tax policy, including the issue of extending the 2018 and 2019 alternative fuels tax credit, which he called an “imperative and time-sensitive issue.”

Gage said since the environment is a “national priority,” the nation needs investment in continued cost efficiency in “proven on-road technology” that he called readily available and domestically manufactured. “We ask that Congress extend these tax credits as soon as possible to restore consistency, clarity and parity in federal tax code,” he said.