A science advisory team in California has outlined a blueprint for ocean water restoration in the offshore areas that were once used to cool coastal natural gas-fired power plants with seawater. The plants were ordered nearly a decade ago by state water authorities to phase out the practice of “once-through-cooling (OTC).” 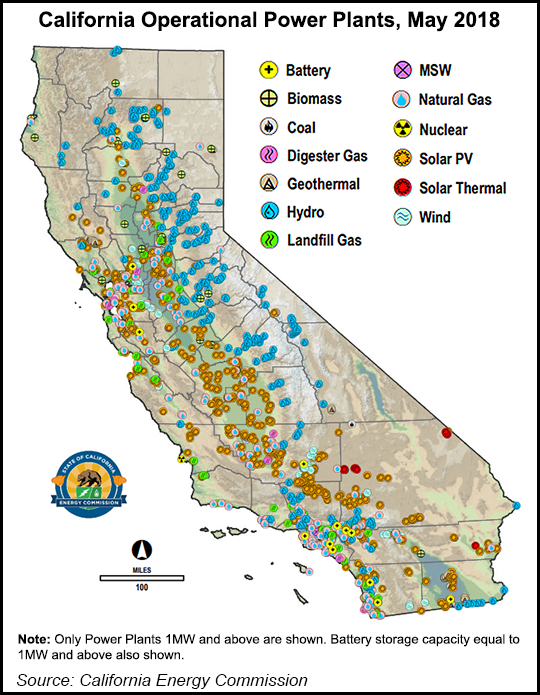 The new report provides guidance for ways to approach the restoration of the coastal areas that are being added to the state’s 124 marine protected areas. The California State Water Resources Control Board in 2010 approved rules to phase in a ban on water cooling the coastal electric generation plants.

The state and energy industry have all acknowledged that the decades of OTC operations, including those for the state’s two major nuclear facilities, have contributed to the long-term decline of California coastal marine life.

During the current period between the ban and closing the last plants that still employ the practice, operators have been making mitigation payments to a coastal conservancy and ocean protection organization to support projects that offset negative ecological effects in the state.

The findings of the state’s report on ocean restoration have identified impacts statewide. There were as many as 24 OTC sites covering a three-mile stretch of coastline from San Diego to Big Sur, including the waters around the Channel Islands off Santa Barbara.

According to the California Energy Commission (CEC),, the seawater-cooled gas-fired facilities once made up the bulk of California’s more than 24,000 MW of OTC generation capacity.

In the past two years, state regulators have approved the replacement of coastal gas-fired baseload power plants with gas-fired peaking units. Princeton, NJ-based NRG Energy Inc. owns four of the sites that are to be replaced, but plans to close two in Ventura County have been put on hold.

Coastal plants in Santa Barbara and Ventura counties and an inland plant 40 miles east of Los Angeles in Rancho Cucamonga are to be shut down later this year or early next. NRG subsidiary GenOn, which filed for Chapter 11 bankruptcy protection last year, owns the plants and has plans to emerge as an independent company.