A Northern California county has lost an appeal to curb oil and natural gas development following an appeals court ruling. 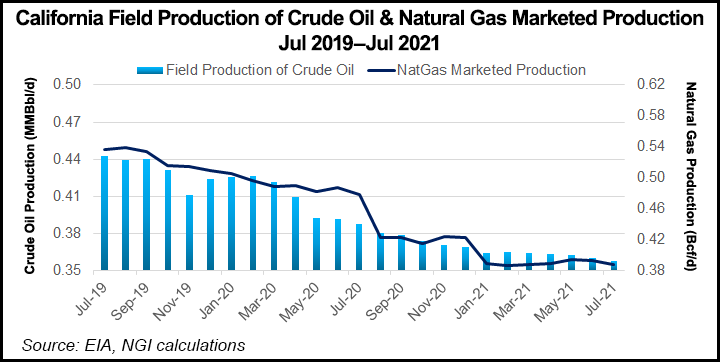 The companies prevailed in Monterey County Superior Court, which struck down the measures. The county’s latest appeal was tossed on Tuesday by the California Court of Appeal, Sixth Appellate District in San Jose.

The panel acknowledged the right of cities and counties to restrict oil and gas development. However, the state has sole authority to supervise how drilling is conducted, and Monterey County’s land-use protections conflicted with state law, the appeals court said.

Gov. Gavin Newsom has sought to ban by 2024 some drilling using hydraulic fracturing, and a public comment period was launched last May.

In reaction to the appeals court’s latest ruling, environmental groups said they would continue to work toward banning oil and gas development.

Attorney Hollin Kratzmann of the Center for Biological Diversity’s Climate Law Institute said the plaintiffs may appeal. “This decision is contrary to a century’s worth of court cases upholding the power of cities and counties across California to protect their residents from dangerous oil operations,” he said. “Protect Monterey County is evaluating the decision and will likely seek review by the California Supreme Court…

“People are tired of waiting and our climate is out of time for Gov. Newsom to use his power to protect us from oil industry pollution.”

Protect Monterey County President Laura Solario said the ruling “flies in the face of local people who just want to protect ourselves and our groundwater from filthy oil and gas production. Voters spoke loud and clear that we want to move away from the polluting fossil fuel industry. We’ll keep fighting for voters to be heard.”