San Diego Gas and Electric Co. (SDG&E) last month distributed $64 in credits to all residential customers, similar to actions earlier this year by the state’s other investor owned utilities (IOU) as part of the annual payoff from the quarterly cap-and-trade auctions. 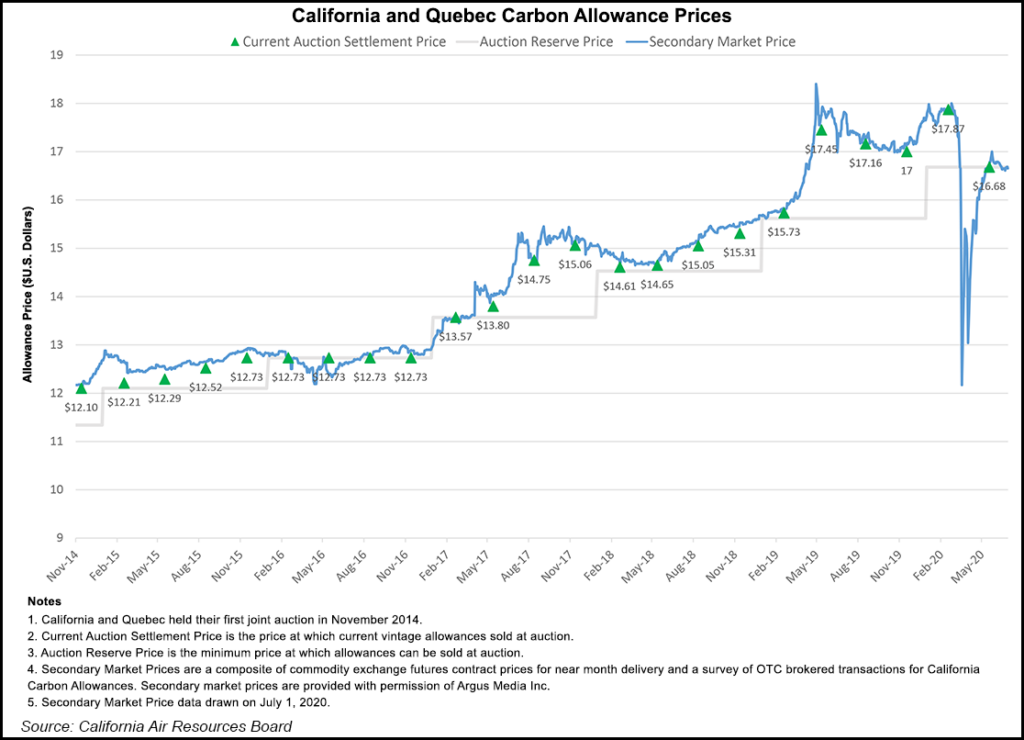 Since the program kicked off in 2012-2013, the IOUs have received $7.36 billion from the pollution credit auctions administered by the California Air Resources Board and extended to 2030 by the state legislature in 2017 under Assembly Bill (AB) 398. A second quarter auction garnered $257.9 million for the IOUs.

As the centerpiece of AB 32, the cap-and-trade program requires electric generation plants, major industrial operators and refineries to limit greenhouse gas emissions while allowing emissions credits to be traded as the limits are gradually tightened.

Natural gas customers usually receive the climate credit in April and electric customers in both April and October. Because of the Covid-19 lockdown and its economic impacts, state officials ordered the credits distributed in April and the summer months.

Since its start seven years ago, the auctions have provided $13.1 billion for the state’s Greenhouse Gas Reduction Fund, from which the IOUs have received $7.3 billion and public sector utilities have reaped $1.13 billion.

The next auction is scheduled for Aug. 18.