A failure for state agencies to conduct integrated planning and miscalculating natural gas supplies contributed to California’s rolling power blackouts during a severe heat storm last August, according to a multi-agency report. 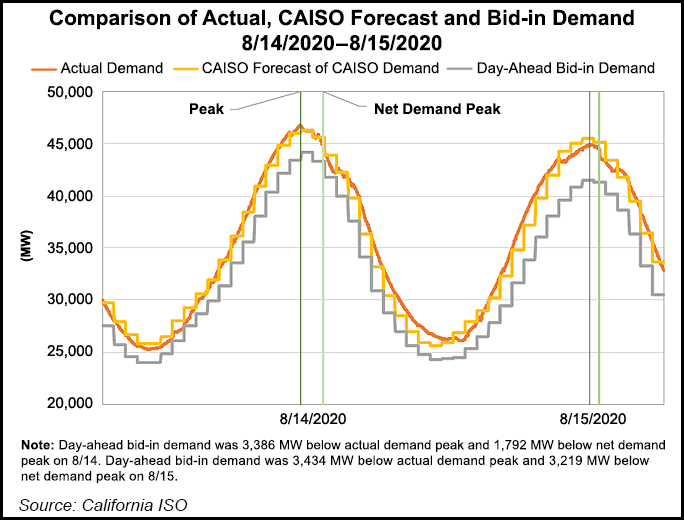 The agencies acknowledged a “shared responsibility” for ordering the outages in response to extreme weather conditions, a lack of adequate resources, and poor planning and marketing practices. The three agencies said “there is more to do” to prepare for summer electricity loads, and for the longer-term future.

“It is our top priority to ensure we have the demand- and supply-side resources needed to maintain reliability, and this [report] demonstrates how we will do it and continue to decarbonize the grid,” said CPUC President Marybel Batjer.

The final report supports findings in October that natural gas resources bid in 300 MW less than the state’s fleet of gas-fired resource adequacy requirements, and there was a 1,000 MW difference between the RA needs and the bids.

“This was attributed largely to forced outages and derates due, at least in part, to the extreme heat,” said the final assessment. The decreases in the available capacity “due to extreme temperatures are not uncommon and in fact increase with the temperature.”

In addition, a 394 MW gas-fired generator reduced its operations on Aug. 15 to about 146 MW based on an erroneous dispatch from CAISO. This was not an outage, but an inadvertent operating error.

The agencies have completed an assessment of the performances of various resources during the heat storm, concluding that the high temperatures affected the capacity, or derate, and efficiency of natural gas.