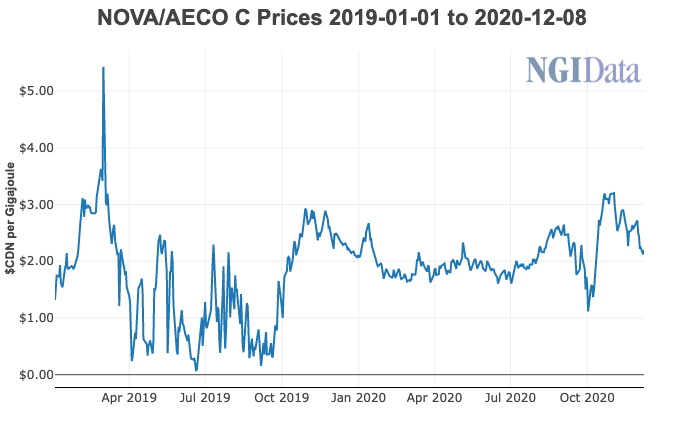 The all-stock transaction is valued at around C$900 million ($703 million), including C$335 million of Torc’s net debt.

The combination, which is keeping the Whitecap brand, would become one of the largest pure-play conventional light oil producers in Canada with more than 100,000 boe/d, 78% weighted to oil and natural gas liquids (NGL). Torc’s current production averages 25,000 boe/d.

The Torc tie-up follows Whitecap’s C$155 million takeover of Calgary’s NAL Resources Ltd., which is set to be completed in early January. NAL’s operations in Alberta and Saskatchewan would add 27,000 boe/d (55% oil/NGL) to production.

“Despite the challenging conditions and significant volatility throughout the year, we have become an even stronger and more resilient energy producer entering 2021 with the combination with Torc, as well as the NAL transaction,” Fagerheim said.

The combination, approved by each board, is set to be completed by the end of February with an estimated enterprise value of C$4 billion. Under terms of the agreement, each Torc common share would be exchanged for 0.57 Whitecap common share.

Torc’s production in 2021 is expected to decline to an average 22,000 boe/d because of a “moderated capital program…designed to enhance the combined entity’s ability to generate significant free funds flow to increase cash returns to shareholders,” Whitecap noted.

Once completed, Whitecap expects to generate more than C$300 million in free cash flow with a base production decline rate of around 17%.

Whitecap’s management team said it remained committed to environment, social and governance (ESG) practices and to improving its ESG profile.

“In a market environment that is increasingly favoring size and scale, a business combination with Whitecap exposes Torc shareholders to a larger platform, while remaining consistent with our existing philosophy of balancing growth with financial discipline along with prudent capital allocation,” Herman said.

The Canada Pension Plan Investment Board (CPP), a Torc shareholder since 2013, agreed to vote in favor of the transaction. The merger “builds a stronger business of scale that can continue to participate in industry consolidation,” said CPP Investments’ Michael Koen, who is managing director, head of Relationship Investments.