Coterra Energy Inc. has agreed to pay more than $16 million to build a new public water supply system in Dimock, PA, to resolve charges that its predecessor, Cabot Oil and Gas Corp., contaminated residents’ well water over a decade ago during unconventional natural gas development in the area. 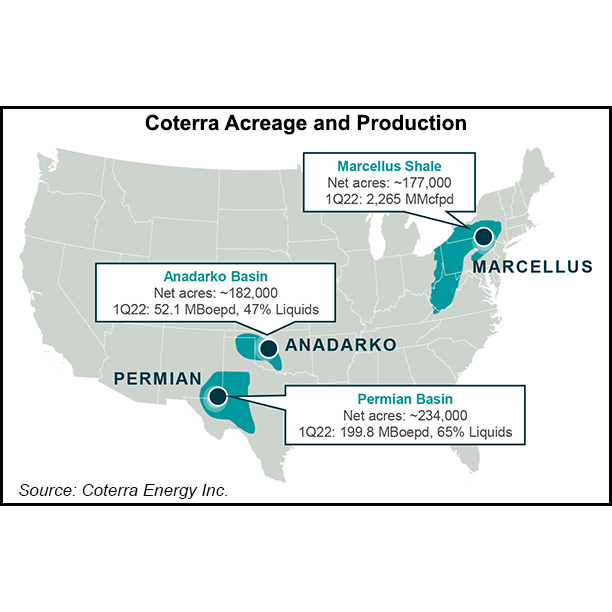 Coterra, formed in 2021 after Cabot and Cimarex Energy Co. merged, said Wednesday that it’s been working with Pennsylvania Attorney General (AG) Josh Shapiro’s office on “a path forward for all parties.”

The company agreed to pay $16.29 million for a new water system and pay residential water bills for impacted homeowners over the next 75 years.

“This agreement brings justice to the residents of Dimock who for years had been ignored,” Shapiro said. “People across the country remember what happened here in Dimock, and now, they will know the rule of law won the day. Companies will take notice that we won’t allow communities like this to be taken advantage of or forgotten.”

The charges came as part of a broader grand jury investigation that began in 2019 into the environmental impacts caused by unconventional natural gas development in the state. The investigation resulted in other charges and plea deals with more operators.

The AG said the investigation into the contamination of well water in Northeast Pennsylvania’s Dimock revealed that Cabot’s drilling and completion activities more than a decade ago were responsible for methane pollution in the local water supply. The grand jury heard testimony from several residents, one of whom was a former Cabot employee.

In some cases, the AG’s office said, water was so contaminated it caught fire. Residents were forced to travel miles for drinking water.

Coterra remains one of the state’s leading gas producers. It operates solely in Susquehanna County, where it produced nearly 204 Bcf of natural gas in the third quarter. The Dimock incident served as an early rallying cry for shale gas opponents, and it was featured in the anti-fossil fuel documentary “Gasland.” The saga also included a settlement with landowners in 2017.

*Correction: In the original article, NGI incorrectly stated that Coterra pleaded no contest to all charges related to the alleged environmental crimes in Northeast Pennsylvania. The company pleaded no contest to one misdemeanor count of Prohibition Against Discharge of Industrial Wastes. NGI regrets the error.